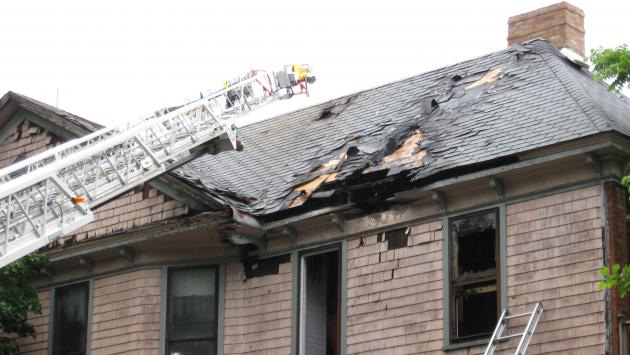 A fire at 1301 Judson Ave. in historic southeast Evanston engaged about 80 firefighters from eight suburban communities to battle the blaze Wednesday afternoon in a three-story frame apartment that housed 14 persons.

The fire companies that arrived first found heavy smoke coming from the building's eaves and fire showing in the southeast side of the roof area. They also received a report of someone trapped on the first floor, but no victim was found. 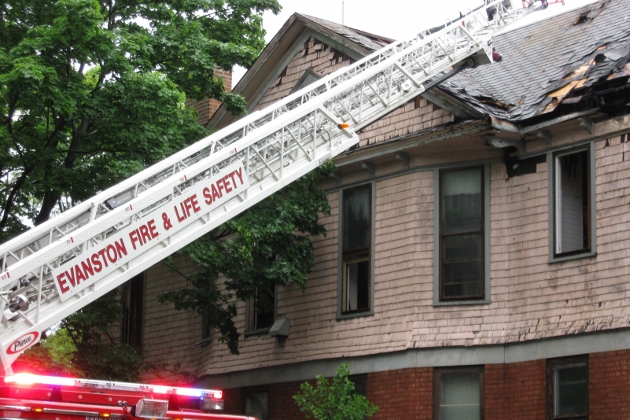 The blaze began around 2:30 p.m. and was struck about an hour later. 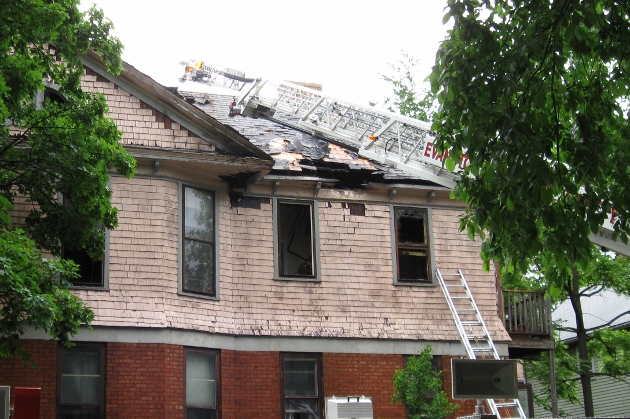 Hohl said the fire started on the first floor and quickly spread to the attic, where neighbors reported seeing flames shooting from the roof.

The house, at the corner of Dempster, was quickly surrounded by fire units, including hook-and-ladder trucks that firefighters used to access the blazing attic. 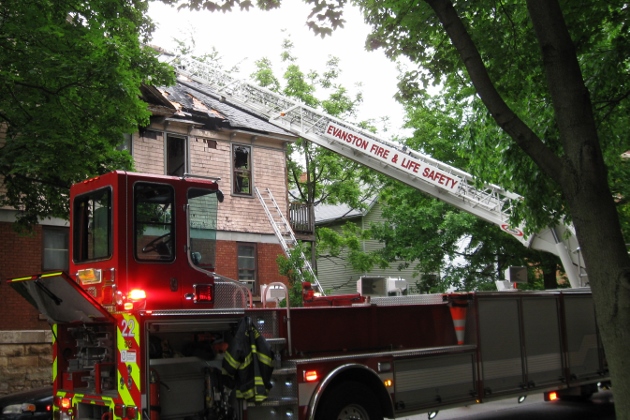 Because the fire was difficult to reach and control from the interior, Hohl said that fire tactics had to be changed from handlines to arial operations to control the fire spread.

Once the fire was brought under control, he said, fire companies were able to mount another aggressive interior attack and extinguish the fire.

There was one minor injury to an Evanston firefighter, Hohl said, and the Red Cross arrived to assist the 14 occupants who were displaced by the fire,

The cause of the fire was not immediately determined.