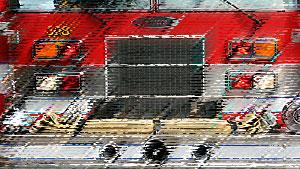 Evanston fire crews are on the scene of what's described as a major gas leak near the intersection of Dodge Avenue and Lake Street.

The gas apparently is escaping from a gas line feeding a two-and-a-half story home.

Fire crews report they've now managed to evacuate all the residents of the building.

Traffic is blocked off near the intersection awaiting the arrival of a crew from Nicor Gas to try to cap the leak.

Update 11:38 a.m.: Fire crews now report they've been able to shut off the gas, but crews are remaining on the scene.

Update 11:56 a.m.: Situation resolved. Fire crews are leaving the scene and police are re-opening the streets to traffic.