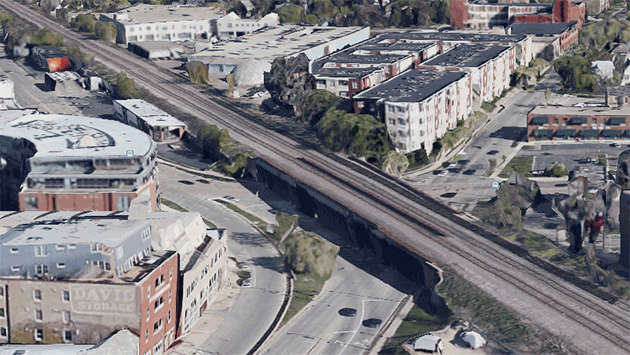 Work starts Monday on a project to improve the Emerson Street, Ridge Avenue and Green Bay Road corridor in Evanston.

The project will include roadway resurfacing and reconstruction; installation of new water main, storm sewer and drainage structures; replacement of curbs and gutters; traffic signal modernization; and new street/viaduct lighting, pavement markings and landscaping. The entire project is expected to be completed by early November.

City officials say the project will improve traffic safety and flow, create a friendlier route for pedestrians, bicyclists and public transit, and enhance aesthetics. It's funded by federal and local funds.

The project will be completed in four stages.:

In stage 1, crews will remove medians on Ridge south of Emerson and on Green Bay north of Emerson.

Stage 3 will mirror Stage 2, with closures taking place on the opposite sides of the streets.

Stage 4 will include partial closures at the intersections within the project limits to allow for traffic signal work and final construction.

During construction, one lane of traffic in each direction will be maintained on Emerson, Ridge and Green Bay.

Dates when work is planned will be noted on temporary “No Parking” signs posted 48 hours prior to the start of the work.

Street cleaning and neighborhood parking restrictions will be waived for a one-block radius around the construction zone.

Construction zone “No Parking Any Time” will be in effect on Green Bay between Emerson and Ridge for the duration of the project. Workers will attempt to minimize inconveniences for abutting businesses and residents.

Residents can sign up to receive text and email notifications regarding the project from the city.

The project, which is expected to cost more than $11 million, has been in the planning stages for more than two years.