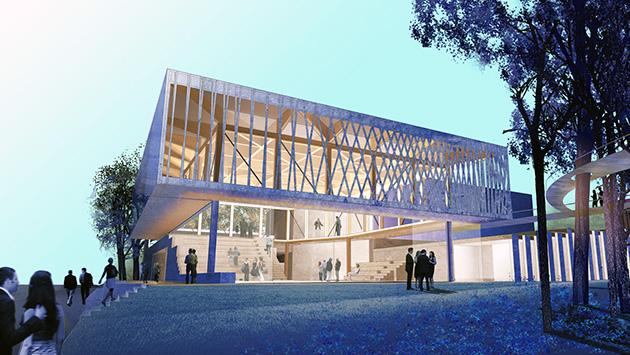 As Evanston's downtown performing arts task force prepares for its first meeting Thursday night, the success of a non-profit theater a few miles away in Glencoe may provide some inspiration.

Michael Halberstam says he co-founded Writers Theatre 22 years ago because, as an actor himself, he felt the need for a theater that placed its focus on the actor and the text, rather than solely on sets and costumes.

Now, with two theaters and about $3.8 million in annual revenue, Writers Theatre is about to expand its operations, erecting a large-scale theater center on the site of the Woman's Library Club building in downtown Glencoe. 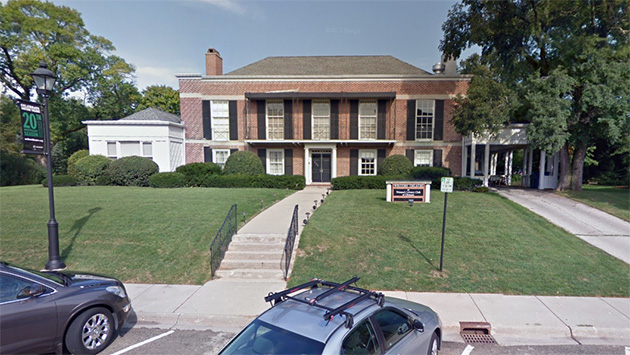 A Google Maps image of the Woman's Library Club building, on the edge of Glencoe's small downtown district.

But the group's beginnings were humble, said Halberstam, now the artistic director for the theater and recently named Chicagoan of the Year in theater by the Tribune..

At its inception, the theater hosted performances in the bookstore known as Books on Vernon, at 664 Vernon Ave., which includes a 50-seat theatre.

The bookstore remained the theatre's sole performance space for 10 years. Halberstam said the owners of the store agreed to charge the theater whatever it could afford in rent. Every year, as revenue for the theater increased, the owners and Halberstam would reassess what rent should be paid.

Though the store was very generous to the theater in its early days, Halberstam said performances at the location, which continue, have helped keep the independent bookseller in business.

And part of the theatre's success lies in its outreach effort, he said.

During the first 12 to 13 years of WT's existence, Halberstam said, he made sure to attend every performance, greet audience members, answer the telephones and write personal letters.

In 2003, WT moved into the Glencoe Woman's Library Club, and has been hosting performances in the building's 108-seat theater ever since. 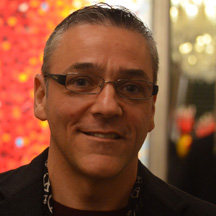 At the time the move was being contemplated, Halberstam said an anonymous donor group approached the theater and offered to provide $375,000 if the organization could match that amount through funds raised from its board of trustees. Another donor also stepped forward with a $100,000 donation to contribute to the move.

At the time the WLC building also needed several renovations. The village of Glencoe agreed to provide a loan for the repairs if the WLC agreed to take on a long-term tenant.

"They took us in like a tenant, and it's been like a marriage, a terrific relationship," Halberstam said.

Though Glencoe didn't provide any funding for the theater or its move into the WLC building, it did provide "an incalculable amount of consultancy helping us get to the point we've gotten," he said.

Ten years later, WT is planning to expand its operations once again, with a new building at the library club site.

The design by Studio Gang Architects calls for a building with a 250-seat theater with a thrust stage, a flexible 50-99 seat theater, on-site rehearsal and event space and a rooftop terrace and lounge, among other amenities.

In November Writers Theatre announced that it had raised $22 million of the projected $28 million cost of the project — enough to start construction later this year, with completion scheduled for early 2016.

The bulk of the money, $16 million, has been raised from a group of six local families.

But what about Evanston? How could the city's theater groups replicate such a large scale project?

"I don't think you can replicate what anyone has done," Halberstam said. "You have to find your own engagement with your own community."

It's about both articulating a clear identity and building a strong base of donors in the community, he said.

And for the project to be financially viable, those donors need to "feel passionate about your survival and have the ability to help you make the move you need to make."

Glencoe has just over a tenth of the population of Evanston, but it does have the major advantage of a population with a median household income nearly three times that of Evanston.