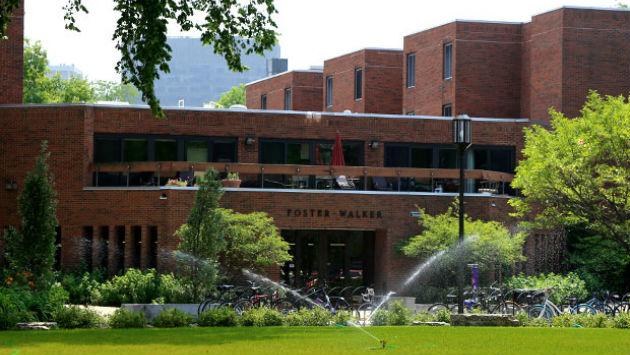 A student from Ghana is due in Skokie District Court Tuesday to face charges he attempted to sexually assault a woman in her residence hall at Northwestern University.

The Chicago Tribune reports that 26-year-old Emmanuel Boadu has been charged in the incident, which allegedly occurred early Saturday morning at the Foster-Walker undergraduate housing complex at 1927 Orrington Ave.

Prosecutors say that Boadu, a biochemistry student at the University of Illinois at Chicago, forced his hands inside the victim’s pants and tried to forcibly remove her pants even though she repeatedly told him to stop.

They say that, unknown to Boadu, the woman was able to make an audio recording of the encounter on her iPad.

Boadu was taken into custody after the woman contacted campus police.

Update 11:30 a.m.: A university spokesman says the victim in the incident was not a regularly enrolled student at the university but was participating in a summer program on campus.