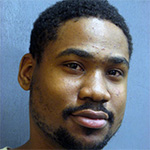 A 22-year-old Chicago man is facing felony theft charges after Evanston poice identified him as the person who grabbed a cell phone from the hands of a Northwestern University graduate student.

The 24-year-old student was talking on his phone as he walked near the intersection of Foster Street and Sheridan Road on April 20. The thief grabbed the phone — a Samsung Galaxy 3 — and then threatened to shoot the victim when he tried to get it back.

Cmdr. Jay Parrott says detectives traced the stolen phone to a cell phone store on Chicago's north side, where they learned the identity of the person who'd sold it to the store.

Parrott says the victim was able to identify 22-year-old Mitchell J. Ratliff, of 1642 W. Jonquil Terrace, as the thief, and that Ratliff made an admission to detectives about the theft during the investigation.