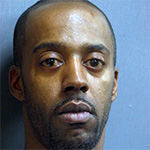 Police say a 33-year-old Evanston man faces felony drug charges after a raid this morning on a duplex in the 1600 block of Davis Street.

Cmdr. Jay Parrott says the department's Special Operations Group executed a search warrant at 1618 Davis at 5:33 a.m. and recovered about 15 grams of cannabis and a small amount of crack cocaine along with drug packaging materials and drug paraphernalia.

They also seized $1,200 in cash believed to be obtained from illegal drug sales.

Andre S. Stinnette, 33, of 1618 Davis, now faces three felony drug charges as well as a misdemeanor charge of obstructing a police officer for attempting to dispose of evidence during the police investigation.

Parrott says Stinnette is a convicted felon which allowed for an enhanced charge on the possession of cannabis.

He's scheduled to appear in Skokie district court at 9 a.m. on May 24.