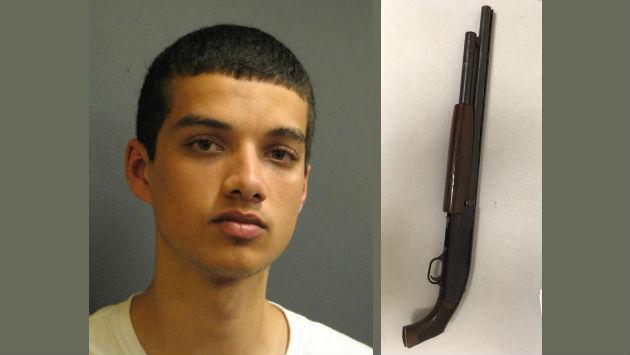 Evanston police say an officer spotted a man walking near Nichols Middle School Monday morning with what turned out to be a loaded shotgun in his backpack.

Cmdr. Joseph Dugan says the officer on patrol about 10:45 a.m. noticed that the green backpack Hari Lele,20, of 1228 Forest Ave., was carry in the 900 block of Greenleaf St. had something inside that was stretching the bag's fabric.

Dugan says the officer had had previous contacts with Lele and had information he was involved in narcotics sales in the area.

When Lele observed the officer, Dugan says, he immediately stopped and started to walk in the opposite direction. The officer drove towards Lele, but he began to increase his pace away from the officer.

Dugan says when the officer finally stopped Lele, he was nervous and shaking and denied that he owned the backpack he was carrying.

When the officer searched the backpack, Dugan says, he found the loaded 12 gauge shotgun.