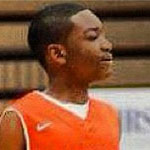 Police say Woodson mistook Coleman and the group of friends he was walking home with from a party for another group of people who'd been involved in a dispute with another person who was an associate of Woodson.

Police say Woodson, who lives in the 1700 block of Ashland Ave., confronted the group as they walked in the 1500 block of Church Street about 10:30 p.m. and fired four shots, one of which struck Coleman in the back and killed him

Coleman and his friends had no affiliation with street gangs.

Woodson appeared in bond court this morning in Skokie and is being held without bond..

Cmdr. Jay Parrott says the department wants to thank the North Regional Major Crime Task Force and the Cook County State’s Attorney’s Office for their assistance in the investigation.

The funeral for Coleman is scheduled for Saturday morning.

Murder a case of mistaken identity