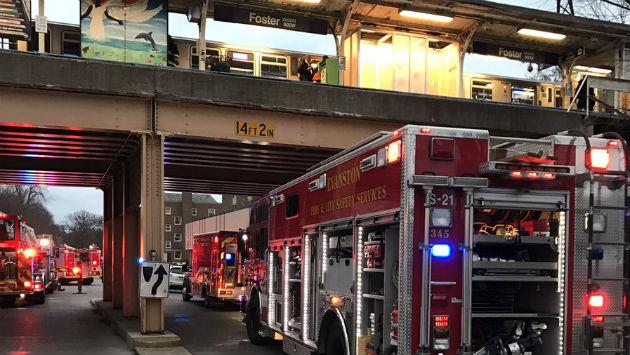 Update 5:26 p.m.: Evanston police say a man reportedly jumped in front of a train at the Foster Street Purple Line station in Evanston about 4 p.m. today.

Fire paramedics responding to the scene found that the person, who was pinned unde the fourth car of a northbound train, had died of his injuries.

The victim hasn't yet been identified, but witnesses described him as being between 20 and 30 years of age. 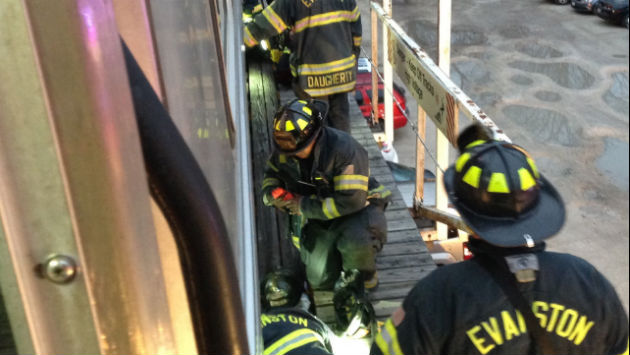 Firefighters at work on the Foster station.

Police now are investigating the incident as a probable suicide.

Foster Street near the station is still blocked to traffic by fire vehicles and service on the Purple Line between Howard and Linden remains suspended.

The CTA says shuttle buses are available to provide connecting service through the affected area and that riders should consider using the #201 Central Street bus as an alternative to Purple Line service.

Update 6:45 p.m.: The CTA now says service on the Purple Line has resumed, but riders may still encounter some delays.