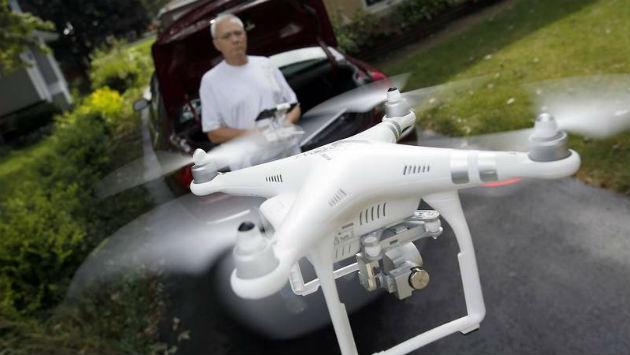 A South Elgin man is threatening to file suit against the City of Evanston if aldermen Monday approve an ordinance restricting the recreational use of drones in town.

Kmieciak and his attorney, Jeff Antonelli, argue that only the Federal Aviation Administration, not local governments, has the authority to regulate use of airspace.

The Evanston ordinance, which was introduced without discussion on June 12, would require recreational users of drones to have the permission of the owner of any property in the city before flying over it.

Alderman Melissa Wynne, 3rd Ward, requested in April that the city develop new drone regulations, saying she had learned that the daughter of a resident had been hit by a drone on a local playground.

Police Cmdr. Joseph Dugan says Evanston police have only received one call complaining about drones so far this year.

Consumer drone sales totalled well over 10 million units last year and are forecast to rise to nearly 68 million a year by 2021.

The proposed Evanston ordinance does not provide any clear mechanism for granting permission for drone flights over public land and doesn’t designate any public spaces where drone use would be routinely permitted.