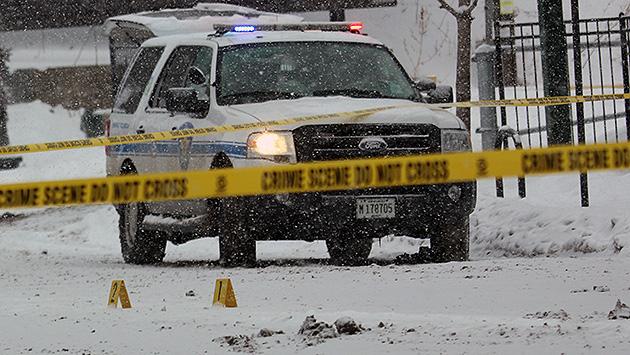 Evanston police are searching for two men who they believe were involved in a shooting incident on Howard Street this afternoon.

A clerk in a nearby store said he heard three pops, and then noticed drivers of cars on Howard staring in shock toward the intersection of Howard and Clyde Avenue.

When the clerk looked out his window he saw a man lying on the ground. The man was able to move his leg, but appeared to be in great pain, the clerk said.

The shooting victim was taken to St. Francis Hospital where he's reported to be undergoing surgery after suffeing multiple gunshot wounds that were at least initially not believed to be life threatening. 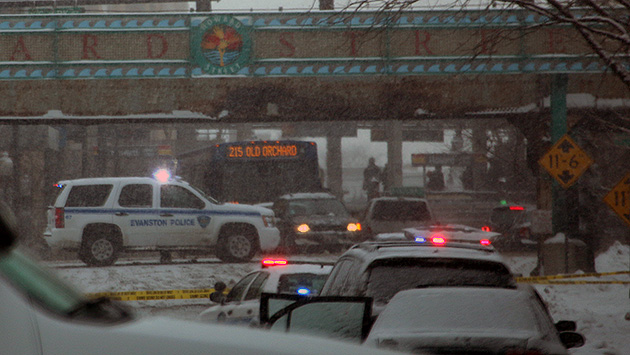 Police divert traffic off Howard as they investigated the shooting.

The suspects are described as two tall, thin black males between the ages of 17 and 20. One was said to have a mustache.

They were seen fleeing north from Howard on Clyde and then into an alley.

The shooting happened about 2:30 p.m. Police reopened Howard to traffic about 4 p.m.

Update 6:30 p.m.: The victim, who police say is 18 years old and lives in Chicago, is now listed in serious condition.

Police are still investigating the motive for the shooting and ask anyone with information to call the department at 847-866-5000. Anonymous texts can be submitted to CRIMES (274637) and list EPD TIP along with the information in the message.