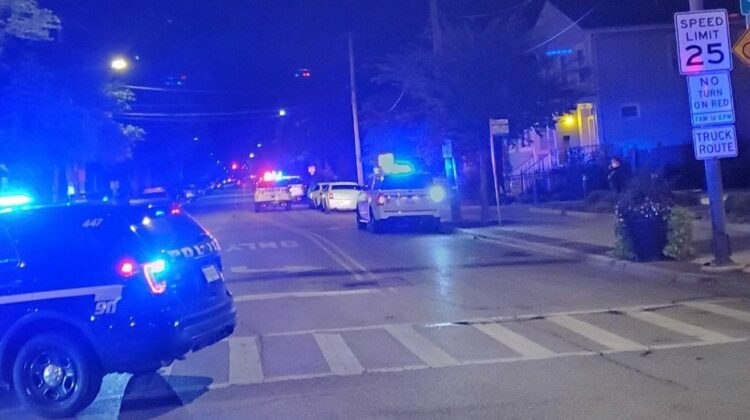 Evanston Police on the shooting scene in the 1700 block of Dodge Avenue Saturday night. (EPD photo)

Evanston police say a man in his early 20s was shot to death inside a residence in the 1700 block of Dodge Avenue shortly before 10:30 p.m. Saturday.

Police Cmdr. Ryan Glew says multiple suspects fled the scene and that there was an incident related to the case at the Skokie Swift Station, but that there were no injuries or shots fired at that location.

Glew says police are searching for the suspects, that the incident does not appear to be a random act and that the North Regional Major Crimes Task Force is assisting Evanston police in the investigation.

Update 6:45 p.m.: Police Sunday evening identified the victim as Stanley A. Butler III, 21, who lived in the building in the 1700 block of Dodge where he was killed. Police have not yet made any arrests, but the investigation into the case continues.

Anyone with information about the shooting is asked to call the police at 847-866-5000 or use the department’s Text-A-Tip service.