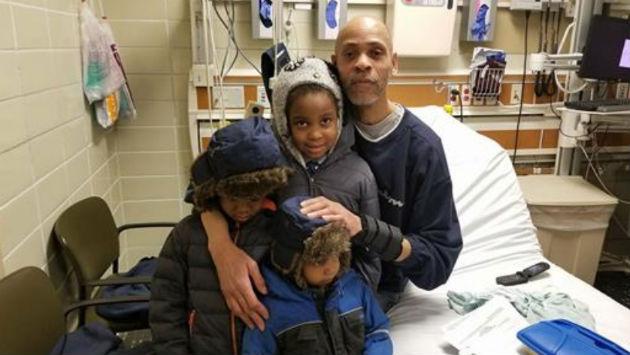 Gregory Hall complained today he was handcuffed by Evanston police late Monday afternoon after they mistook him for a suspect in the armed robbery of a thrift store at 920 Chicago Ave.

Hall, a 60-year-old doctor of naprapathy, in interviews with WMAQ and WLS television, said he’d just emerged from the south branch library at 900 Chicago Ave. when police pulled up, confronted him and put him in handcuffs. He was released from the cuffs after about 10 minutes.

Police were responding to a description from the victim in that robbery and a robbery attempt a few minutes earlier at 1630 Orrington Ave. who said the armed robber was a skinny black male in his 50s or 60s with a scruffy beard. Police now believe the same person was responsible for both robberies.

Hall’s story was first publicized in a blog post by his son Monday evening and reposted on his Facebook page, where comments have included “Let’s support this family and get these police officers fired.”

Evanston police say Hall was detained because he was found close to the crime scene and matched the description of the suspect.

After he complained of pain from the handcuffs, he was transported by fire department paramedics to St. Francis Hospital where he was fitted with a brace for his left hand.