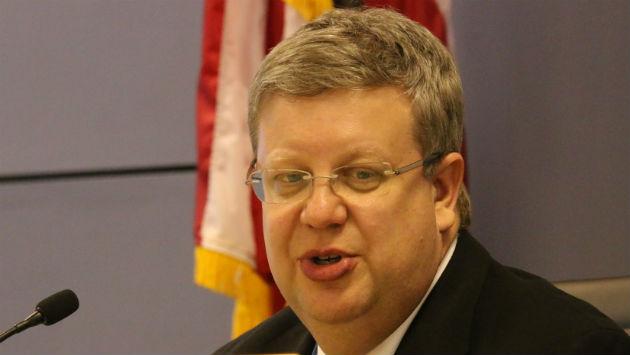 City Manager Wally Bobkiewicz will recommend Monday that Evanston aldermen impose a one-day unpaid furlough on city employees for the day after Thanksgiving as a way to help close a projected budget gap.

On July 24 the aldermen rejected a proposed increase in parking meter fines — the first in at least four decades — as an alternative approach to closing the gap.

Bobkiewicz says the furlough day should save $120,000.

He’s also proposing  that the city conduct a parking ticket amnesty program — an idea suggested by Alderman Ann Rainey, 8th Ward. That’s projected to bring in an additional $100,000 by waiving penalty fees for car owners who pay off overdue parking tickets during the amnesty period — which is proposed to run from Aug. 16 to Sept. 30.

At the July meeting the Council approved other budget changes recommended by Bobkiewicz. Thoe are expected to trim expenses by nearly $2.5 million and raise an additional $650,000 by the end of the year.

That left a $205,000 gap between projected revenue and expenses, which he hopes to close with the furlough and ticket amnesty plans.