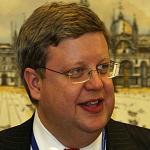 That practice has drawn criticism in other communities — especially when relatively young, high-level public safety workers retire on full pension and then take another job with the town.

And two state lawmakers have recently introduced legislation to cut the amount of pension income a retiree could receive while working a second job.

City Manager Wally Bobkiewicz says he doesn't think hiring retirees for a second job in the city where they worked before should be banned, but he couldn't recall any instances of it happening in the more than four years he's been in Evanston.

"The times it has been proposed," Bobkiewicz says, "it's been something along the lines of 'x' is about to retire and he has a great skill and we should hire him back to basically continue to do that work."

But usually, he said, it's been for a new position that wasn't budgeted and that he couldn't justify.

Bobkiewicz said the city does have a number of retired police officers who switched to civilian positions with the city before he arrived.

"These are largely people who are still relatively young and still have things to offer," Bobkiewicz said, "but it has to be the right set of circumstances, not the standard approach, to retire from one job and get another here."

State Rep. Jack Franks (D-Marengo) and Ron Sandack (R-Downers Grove) have introduced legislation that would cap the amount of pension a retired worker could receive at $2,000 a month while they were working another job.

In Addison last year the police chief "retired" but was immediately hired back at nearly the same salary as "director of police" while collecting a pension of over $100,000 a year.

And similar deals have cropped up in several other suburbs.

Bobkiewicz says examples like what happened in Addison "are pretty outlandish."

Despite that, there's nothing to prevent one community from hiring a retired police or fire official from another town — and that's been an option that a number of retired Evanston officials have taken advantage of.

The pension law change, if adopted, could make that practice much less financially attractive to the retirees.