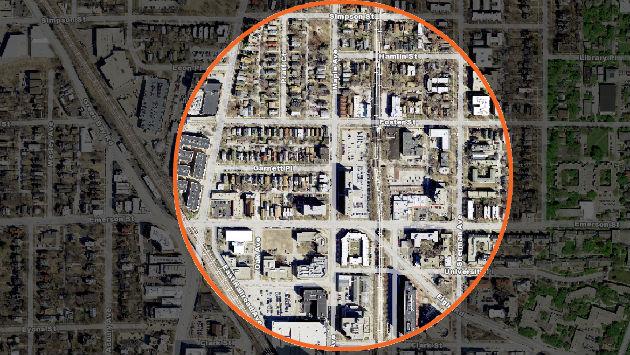 Evanston City Manager Wally Bobkiewicz told residents at a 1st Ward meeting Tuesday night that it's time for the city to begin "a real planning effort" for the northern edge of downtown.

Bobkiewicz said it became clear as aldermen discussed the now-rejected proposal for a student housing high-rise at 831 Emerson St. that they want to have a broader discussion about what comes next for the area around that site — which he described as running a couple blocks north and south of Emerson.

Alderman Judy Fiske, 1st Ward, said the city's downtown plan considered Emerson the northern boundary of downtown and "we really hadn't been thinking very much" about what happened on the other side of the street.

Bobkiewicz said the City Council would likely discuss a possible schedule for the planning review at its meeting March 14 and perhaps have a special meeting in April to continue the discussion.

He said that Northwestern University owns a number of properties in the area that could be sites of future development — including the open parking lot behind the Hilton Garden Inn and the lot north of Englehart Hall, a graduate student residence. 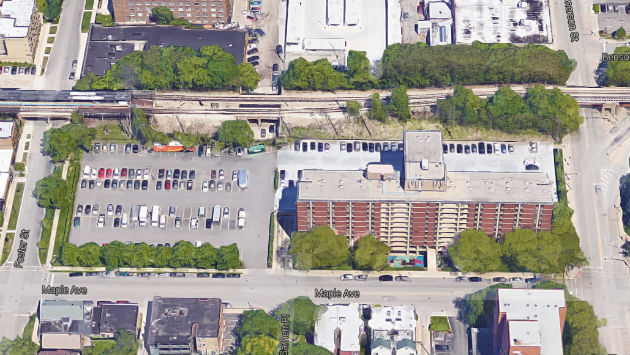 An aerial view, looking east, of Engelhart Hall and the adjoining parking lot, from Google Earth.

Fiske said that as a result of a land-swap with the city that facilitated construction of the Century Theatre complex two decades ago, the zoning for the lot north of Englehart would permit the university to build an eight-story parking garage there.

Even Englehart itself, Bobkiewicz said, "is getting a little old" and could be a possible redevelopment site.

NU bought the Englehart site for a half-million dollars in 1967 and the building, constructed for $5.5 million, opened in 1970. It underwent a $5.5 million renovation in 2007 that completed a transition begun in 2003 "from dorm-style rooms to comfortable apartment living," according to a university press release.

But he noted that Barnes & Noble's lease for the anchor space in the Sherman Plaza development is up for renewal at the end of this year and said it's unclear whether the bookseller, which has been struggling nationally, will choose to renew it.