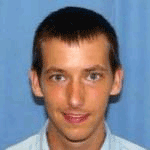 Evanston police say the body of a man found on the lakefront over the weekend is believed to be that of 29-year-old Corey Janczak.

Janczak was reported missing about two weeks ago. He was believed to be in the Rogers Park neighborhood and was reported to be depressed and indicating he may have wanted to harm himself.

Police Cmdr. Jay Parrott says the body was found in the water in the vicinity of 2300 Campus Drive about 6:10 p.m. Saturday and that property recovered from the body indicates the victim was Janczak, although a formal identification hasn't been made yet.

Parrott says that though the body was found during the annual Dillo Day festival on Northwestern's campus, the incident was not related to the festival.

The Cook County Medical Examiner’s Office has indicated that the cause of death was drowning, but a final determination on manner of death will take several weeks.

Parrott says there is no indication that any foul play was involved.

The Daily Northwestern reports that Janczak worked as a laboratory coordinator in the Molecular Biosciences Department in the Weinberg College of Arts and Sciences at NU.