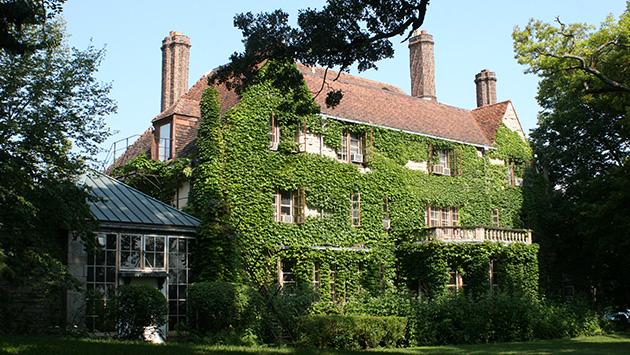 Upgrades to Evanston's lakefront Harley Clarke mansion to prepare it for use by a state agency are expected to cost nearly $5 million.

City Manager Wally Bobkiewicz included the cost figure in a memo to aldermen that's to be discussed at tonight's Human Services Committee meeting.

Bobkiewicz says the first phase of the work would build out the second floor for offices for the coastal management program of the Illinois Department of Natural Resources and make fire and life safety improvements throughout the building.

The second phase would include replacing windows and improving the building's masonry, plumbing, heating and cooling systems and roof.

Work on the building would begin once the Evanston Art Center vacates the building at the end of January, and IDNR officials hope to have the construction work completed and begin to occupy the offices space by sometime next spring or summer.

Bobkiewicz's memo doesn't address who would pay for the work, but at a public meeting in January IDNR Chief of Staff Todd Main said the agency had federal and state grant funding that should be able to cover the renovation costs.

Under the plan, the first floor of the building would be used as educational and classroom space.

Bobkiewicz says the city's discussion with the IDNR have "focused only on the mansion itself and the neighboring coach house building."

He says the city and the Lighthouse Park District would retain ownership of the parking lot, beach lighthouse, and surrounding park land, all of which would remain open to the public.

After the city concluded it couldn't afford to continue to rent the property to the art center for $1 a year as it had for four decades, the city sought proposals to sell or lease the mansion to private developers.

But the city then rejected the only firm proposal it received, from Col. J.N. Pritzker, who wanted to turn the mansion into a boutique hotel