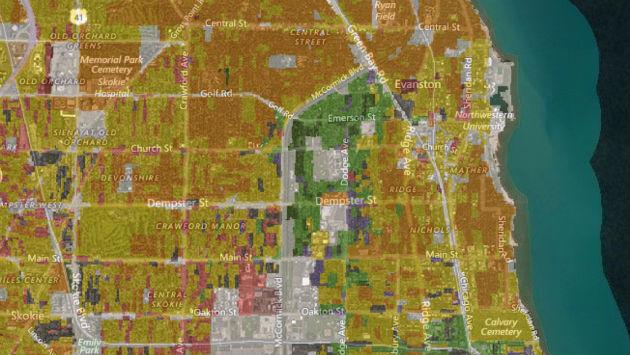 A new mapping application from an astrophysicist at the University of Cincinnati lets you see changes in the racial and ethnic diversity of your block and your town since 1990.

The tool, developed by Tomasz Stepinski, was the subject of a presentation Thursday at the Population Association of America conference in Chicago.

Looking at Evanston, it appears to tell a story of an overall gradual trend toward more diversity from block to block, but with some blocks also becoming less diverse over time.

It may take a bit of time to master the SocScape, or Social Landscape, interface, but it provides a fascinating look at a much-discussed subject in Evanston.