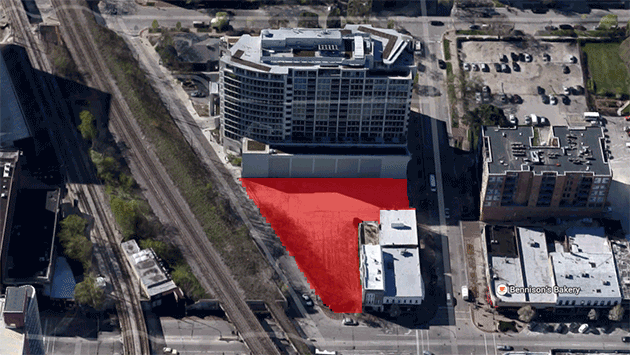 An ordinance that would approve a 12-story planned development at 1571 Maple Ave. was introduced on a 6-1 vote at the Evanston City Council Monday night.

With two aldermen absent from the meeting, the council postponed a final debate on the project until its March 23 meeting.

At the Planning and Development Committee meeting earlier Monday evening, several residents of the One Evanston condo tower at 1570 Elmwood Ave.,  just south of the new project site, continued to oppose the new project, citing arguments about the height of the new building and whether it complies with city planning and zoning documents.

Despite those arguments, the development won unanimous approval from the city's Plan Commission in January after a series of four hearings. 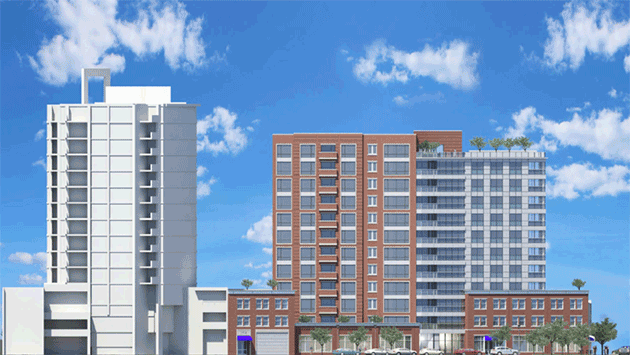 A rendering looking west from Elmwood Avenue, showing the 1570 Elmwood building on the left and the planned new building to its right.

Bernard Citron, an attorney for developer Centrum Partners LLC, said the project had been designed to minimize its impact on One Evanston by orienting the new tower on a north-south axis, while One Evanston's tower is oriented east-west, and that the two towers would be 50 feet apart.

The developers have agreed to lease 101 parking spaces in the city's Maple Avenue garage, two blocks north of the building site and not rent to tenants with cars if all those spaces are filled.

Citron said the developers are taking a risk by having the parking off site, but that they're convinced most tenants in the building, just a block from downtown Evanston's two mass transit stations, won't have cars. 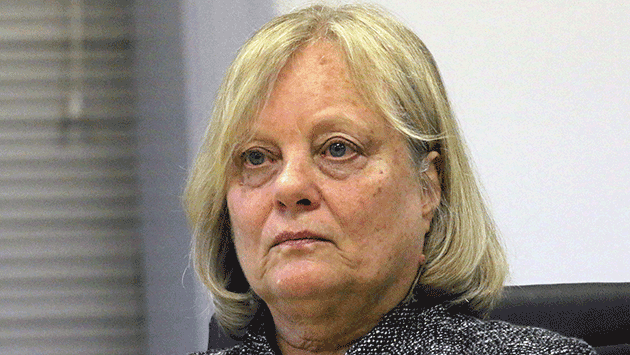 Alderman Judy Fiske, 1st Ward, cast the only vote against the proposal Monday night. She said she doesn't believe the plan provides sufficient parking for the development, which will include 21 convertible, 36 one-bedroom, 38 two-bedroom and six three-bedroom units. 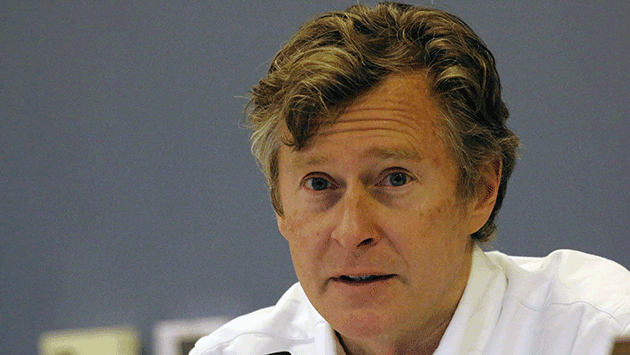 Alderman Don Wilson, whose 4th Ward includes the site, voted to introduce the proposal, but cautioned that that was not the final vote on the project — without specifying whether he is inclined to ultimately vote to approve it.

She said she believes leasing spaces in the garage for the new development "is perfect for it."

The area immediately around the garage is now almost completely built up, Rainey said, while the 1,400-car garage now is on average only half occupied.

A simple majority vote of the the council is required to approve a planned development.