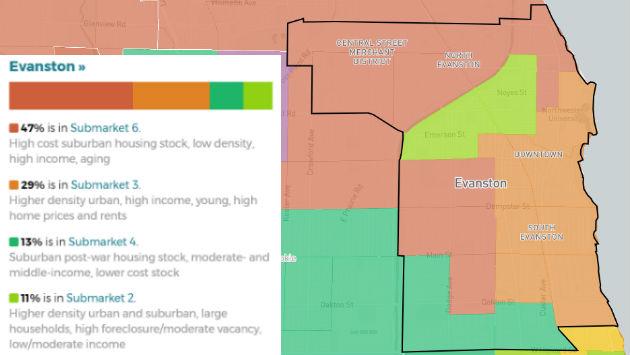 Want to know more about housing issues in Evanston and neighboring communities? Here are some options for looking at the situation visually.

This mapping tool, developed by DePaul University’s Institute for Housing Studies, assigns census tracts across the region to eight different housing submarkets and suggests strategies for dealing with housing issues in each.

It suggests Evanston neighborhoods fall into four of the submarkets, as shown in the map above.

(The map is highly generalized, and if you know the town well, you may notice some subareas that don’t appear to fit into the category they’ve been assigned.)

DePaul also has an interactive map that color codes the types of housing stock — from single family homes to large multi-family buildings — across the region. And it maps what it calls the affordability gap for different clusters of communities. 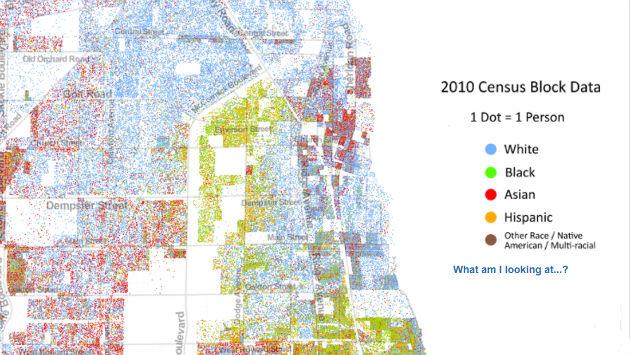 The dispersion of population by race in and around Evanston. From University of Virginia interactive map.

While housing patterns in Evanston are less segregated that in some portions of the Chicago region, it hardly has an even distribution of residents by race.

An Urban Institute study argues that if the Chicago region — now one of the most segregated in the nation — reduced its level of housing segregation to the national median, it would dramatically increase incomes and educational attainment while reducing levels of violence. 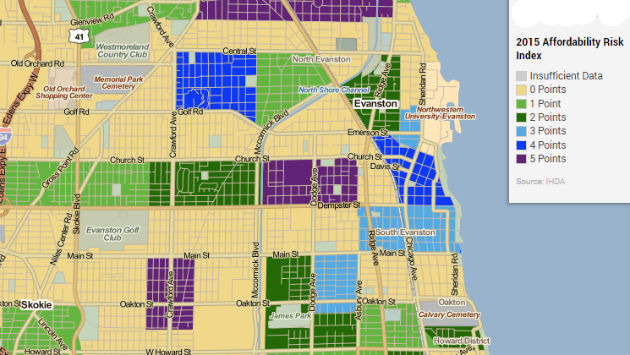 The Illinois Housing Development Authority uses U.S. Census Bureau data to map changes in housing affordability at the census tract level — with areas with a higher point rating showing the greatest number of what IHDA considers risks to affordability. 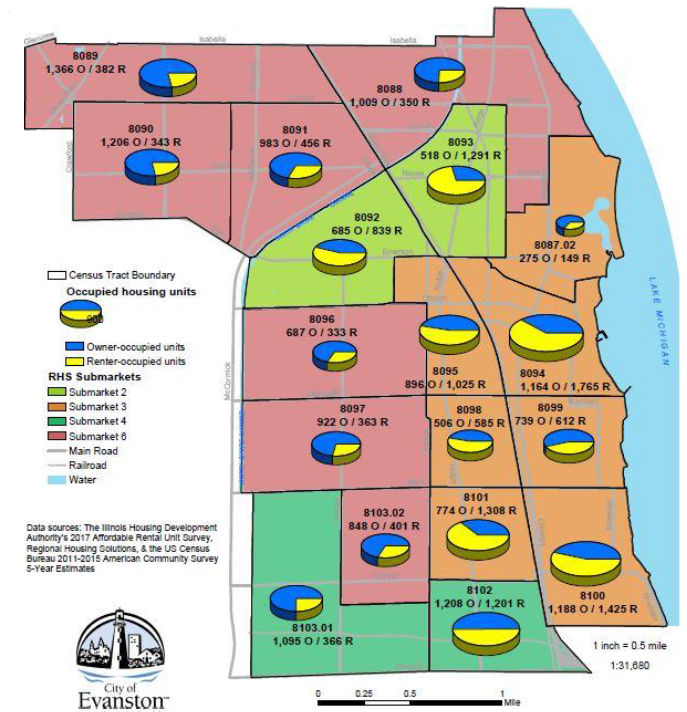 This map, included in a staff presentation at Monday’s City Council meeting, shows the split between owner-occupied and rental housing in different census tracts. 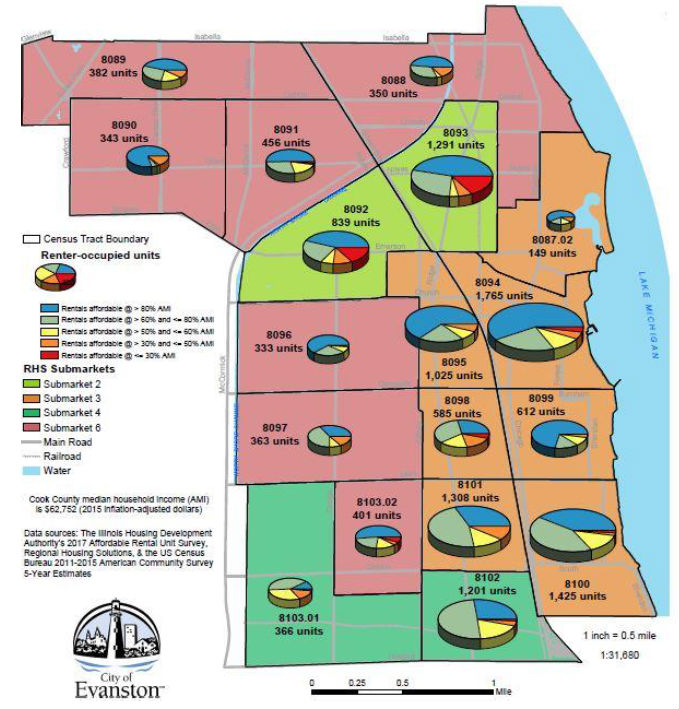 This one shows the share of rental housing units in each census tract that are considered affordable to people at different income levels. The Illinois Housing Development Authority has an interactive map showing the percentage of rental units available to households earning 60 percent of median income. 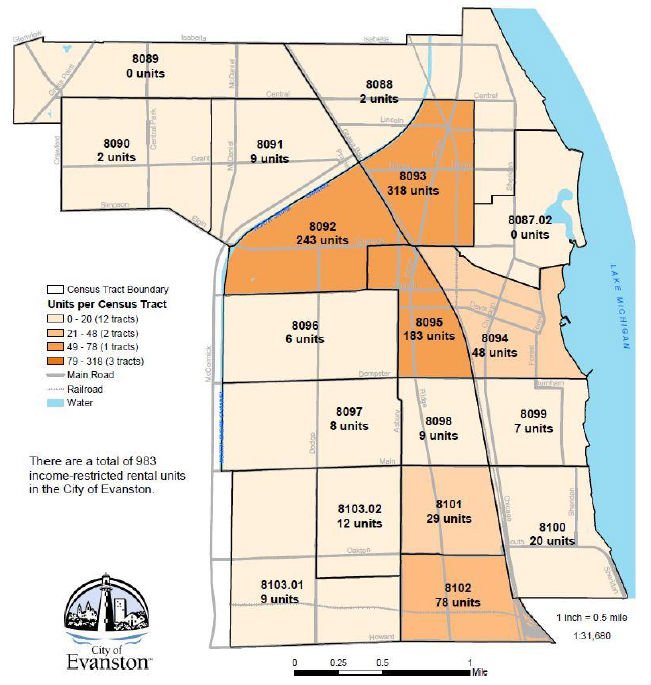 And this one shows the distribution of Cook County Housing Authority and other rental housing units in Evanston that are only available to people with incomes under a specified cap.