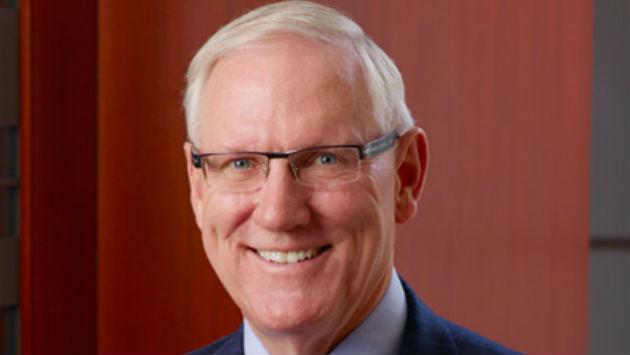 Osborn will retire as Chair but will remain a member of the board.

Martin was an economics major and received an undergraduate degree in business administration in 1968 from Northwestern’s Kellogg School of Management and a J.D. degree from the Northwestern Pritzker School of Law in 1973. Martin retired as Chairman and CEO of Denver-based Titanium Metals Corporation, one of the world’s largest producers of titanium metal, in 2005. Martin is also the Chairman of the Board of Houston-based Crown Castle International Corporation, a communications tower owner and service provider.

“I’m honored to accept the chairmanship of the Board of Trustees, and I greatly appreciate the dedicated service that Bill Osborn has provided,” Martin said. “Northwestern is fortunate to have had his leadership, along with that of President Schapiro, during the past eight years, and I look forward to continuing the strong partnership between the Board and the President.”

Martin also has been closely involved in alumni and fundraising activities for Northwestern, and he and his wife, Sharon, are among Northwestern’s most generous and loyal benefactors. He is a member of the Comprehensive Steering Committee for We Will. The Campaign for Northwestern. The Martins served as co-chairs of the “We Will” Campaign in 2015.

The Martins are chairs of the Campaign Cabinet for the Motion to Lead Campaign for the Northwestern Pritzker School of Law. In 2013, the Martins made a $10 million unrestricted gift to the Northwestern Pritzker School of Law, providing funding for the Law School to implement innovative strategies for improving legal education and enhancing the student experience.

The Martins also serve on the Athletics and Recreation Campaign Committee as well as the Colorado Regional Campaign Committee. Lanny and Sharon Martin Stadium, the renovated soccer and lacrosse field, was dedicated in September 2016. The stadium is named in honor of the Martins in recognition of their $15 million gift to support Northwestern Athletics and Recreation.

Osborn, the former Chairman and CEO of the Northern Trust Company, was first elected to Northwestern’s Board of Trustees in 1996 and served as a vice chair prior to becoming Chair. He also has been Chair of the Budget Committee and served as a member of the Executive, Nominations, and Compensation Committees. In 2008, he chaired the University’s Presidential Search Committee. He also served on the Advisory Board of the Kellogg School of Management.

“Bill Osborn and his wife, Cathy, have contributed immensely to Northwestern through their time and talent, as well as their financial support,” Martin said. “They have set a great example for us, and we look forward to continuing their good work.”