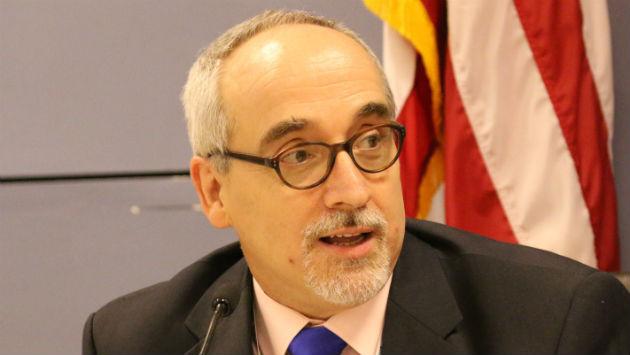 The position in Aurora became vacant last March with the retirement of the Aurora’s former CFO. In a report to the Aurora City Council recommending the appointment of Lyons, the city’s human resources director said the city received 29 applications for the job and interviewed five finalists

It said Lyons’ “background and working knowledge of economic development, public works and employee benefits makes him uniquely qualified” for the new job.

Evanston City Manager Wally Bobkiewicz said, “For the last nine and a half years, Marty has served Evanston with great distinction.”

“His stewardship of the City’s finances has been exceptional. In addition, his leadership on the new Robert Crown Center has helped bring a long-time community dream closer to reality.  Marty is an outstanding local government manager and a valued colleague and friend.”

Lyons, who has commuted from the western suburbs to Evanston for the nine-and-a-half years he’s worked here, will be joining the staff of a city with a population of just over 200,000 — more than twice the size of Evanston.

His last day on the job in Evanston will be Friday, Dec. 15.