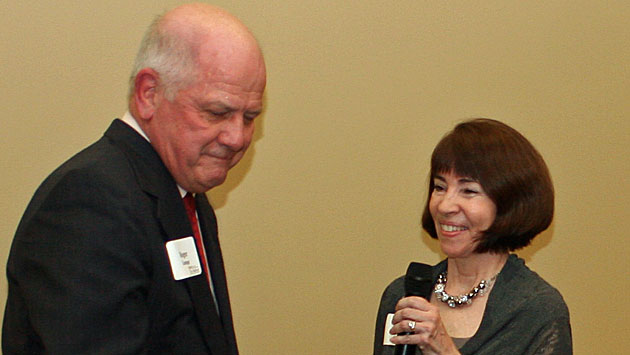 Mather Lifeways officials celebrated the opening of the second of their two new buildings at Davis Street and Hinman Avenue this evening.

Mather Lifeways officials celebrated the opening of the second of their two new Evanston buildings at Davis Street and Hinman Avenue this evening. 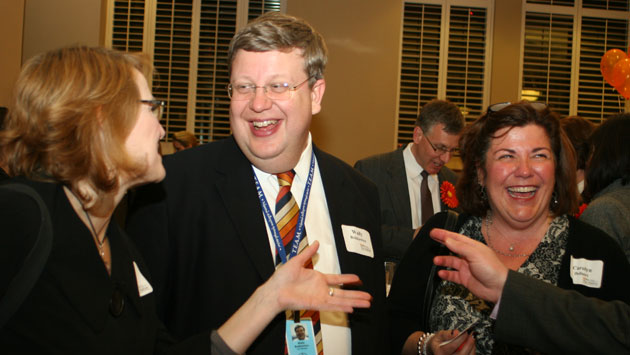 City Manager Wally Bobkiewicz said the development generates several million dollares in tax revenue for the city, but even more important is the buying power of the retirement community's residents — who shop in downtown stores and dine in area residents.

Lumpp noted that it had been a long road to completion of the project.

He said 10 years ago residents of the two Mather buildings on the site started complaining that "these buildings are aging worse than we are."

But the very day Mather officials first met with city leaders in December 2003 to discuss plans to replace the structures, he said, a petition was filed by neighbors to have one of the old buildings, The Georgian, declared a historic landmark, which would have blocked the project.

From that point, he said, it took 27 months, 32 city meetings and 50 neighborhood meetings before the City Council finally gave unanimous approval to the plans. 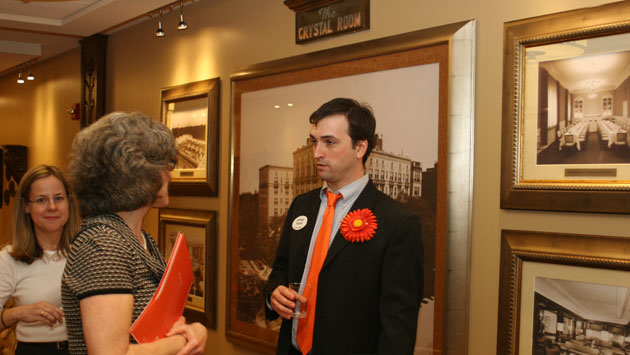 Mather employee Jeremy Krashin talks about some of the mementos of the old Mather buildings that now decorate the tunnel under Davis Street linking the two new buildings.

Leary credited the high occupancy rate for the buildings, despite a tough housing market, largely to efforts of staff who work closely with prospective residents to help them through the process of selling their current homes.

She also noted that Mather has committed to the city to provide $3 million a year in financial support for the development's first 10 years to make the facility more affordable to people who lack the resources to pay the entire cost on their own.

She said that's accomplished through a combination of reductions in upfront entrance fees and monthly charges. 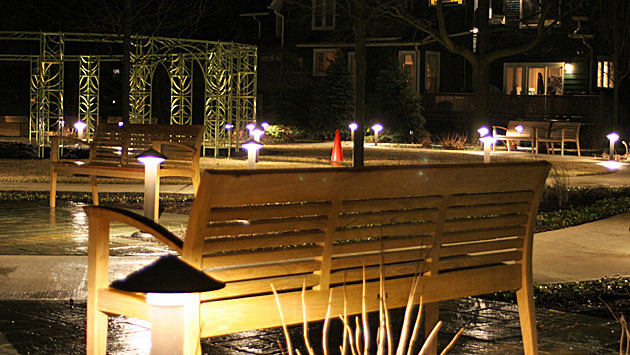 A park just east of the newly-completed building sits atop a parking garage for residents' cars.

Lumpp said it was important for Mather to build the new facilities in Evanston because it would have been  very disruptive for the residents of the old buildings to move away.

And the Evanston location is very special, Lumpp said, "Residents can be on the beach, or on a world-class college campus within a matter of minutes, and there are 40 or 45 restaurants within a two-block radius."

There aren't many other places around the metro area with those amenities, he added.

Leary said that with the success of the new development here, the Evanston based non-profit, which also has facilities in Chicago, Wilmette and Tucson, Ariz., is being approached "by a lot of companies from around the country" and is "taking a close look at various opportunities" for additional projects.

"But we are very particular," she added. "It takes a lot to build a community like this. But we're hoping we'll find the right opportunity at some point."