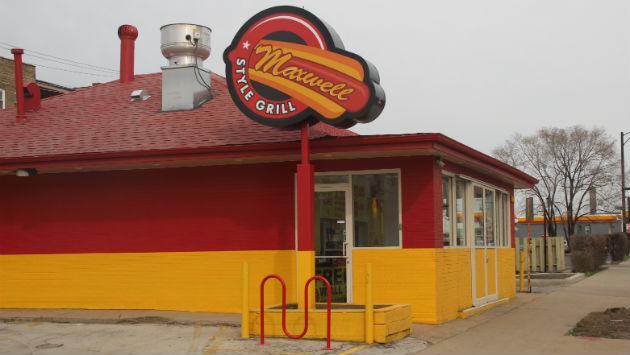 The Maxwell Style Grill — the hot dog and burger spot with the ketchup and mustard color scheme that took over the old Dairy Queen on Howard Street in Evanston — has closed.

The business, named after the old Maxwell Street Market in Chicago, shuttered recently, less than five months after it opened late in March.

Alderman Ann Rainey, whose 8th Ward includes the site, said on her message board today that she believed the business was "terribly undercapitalized."

She added, "There are more than enough customers to handle a good fast food restaurant on Howard Street. The day it closed there were 12 of us in the parking lot waiting for them to open."

Rainey said, "Some people thought the food was OK others thought it was terrible."

Rainey said there've already been several inquiries about a new restaurant at the site.