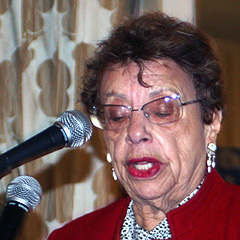 Mayor Lorraine Morton says she hopes the City Council will completely re-examine the issue of affordable housing in Evanston in the wake of her veto of the inclusionary housing ordinance.

The mayor said she believes the key issue is how to open up all of Evanston to affordable housing.

The mayor didn't indicate what areas she believes now are closed to affordable housing, but the City Council last year rezoned the block that once housed dormitories for Kendall College students to become the site of $1.4 million single family homes.

In addition, the city has begun to consider rezoning Central Street, and many residents near there are calling for reducing height and density — a step that inevitably drives up the price of any new housing units.

In her 14th state of the city address, the mayor today said placing responsibility for affordable housing entirely on developers, as the ordinance she vetoed did, struck her as "a subtle form of discrimination — since it's only they who must pay to play."

She also said the city needs to find ways to place people in 35 vacant homes that now exist in the city, lest those properties deteriorate and become a blight on the community.

The mayor said the city's current form of government, with a single alderman elected from each of nine wards, creates an environment in which a small number of residents in aÂ single area can drive passage of legislation that ends up costing all the taxpayers more money.

As an example, she cited demands of residents along Ridge Avenue that post-top traffic signals not be replaced with mast-arm ones that would hang over the road.

To meet that goal the city had toÂ take ownership of Ridge Avenue from the state, which means, the mayor said, that city taxpayers will be stuck paying for future maintenance of the street.

Speaking at the Hotel Orrington, the mayor also called for a closer working relationship between the city and Northwestern University.

"No matter what people say who may view our relationship with NU in a negative way, Northwestern is the goose that laid the golden egg for Evanston," Mayor Morton said, "We are forever linked, and there can never be a divorce."

She cited bond rating agency reports that say the economic stability NU provides as the city's largest employer and the sales boost for downtown merchants provided by NU students are substantial factors in the city's ability to maintain it's top-rank bond rating, which helps reduce property taxes.

She noted that the city also provides help to the university — including fire, ambulance and police services.

"Second guessing voters can only serve to stymie the potential and enrichment of our lives," she said, "We need to withstand and ignore the voices that prevent us from enhancing our community."