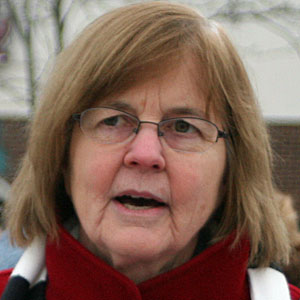 The proposed cuts, she said, would cost Evanston over $2 million a year.

At a joint meeting of the Northwest Municipal Conference Executive Board and it's Legislative Committee last week, Tisdahl and other members discussed the $300 million reduction in local government revenues unveiled by the Senate Republican Caucus.

Discussion centered on the crippling effect of these cuts on governments who have already made tough budget decisions. The Northwest Municipal Conference is the regional Council of Governments representing forty-two municipalities in the north and northwest suburbs of Chicago.

“The City of Evanston has worked diligently to live within our means.  It is unfortunate that the General Assembly is looking to cities and villages to make up the deficits of the State of Illinois,” Tisdahl said.

“Since the recession began, our members have taken responsible steps to balance our budgets through strategic reductions in personnel and local services,” said NWMC President and Glenview Village President Kerry Cummings, “with economic conditions failing to improve, many of our communities have now been forced to reduce the number of police and firefighters protecting our citizens.  The proposed cuts on top of what we’ve already done may constitute a fatal blow to many towns.”

However, after nearly four years of reduced revenues due to the economy, many NWMC members have now been reduced to cutting fundamental public safety services including police officers and firefighters.

The Senate Republican proposal would eliminate approximately $30 million from NWMC communities and would require significant increases in local taxes to replace.  On the heels of the income tax increase enacted earlier this year, local leaders believe that taxpayers would strongly resist any increases in local taxes, especially in non-home rule municipalities where voter approval for tax increases would be required.

The state distributes several sources of revenue to local governments. The Local Government Distributive Fund, which represents a 6% share of the personal and state income tax, was instituted in 1969 in exchange for municipalities not imposing their own income tax.

The state also distributes Motor Fuel Tax revenues that are used for local transportation projects and to leverage federal transportation funding. Local sales taxes are also collected by the state and later returned to the originating municipality.

“The claim that $300 million represents only a 5% reduction to local governments is seriously flawed math.  The money is locally generated; the state is merely the collection agent.  Let’s be clear that this is not state aid.  Local governments have been partners with the state for more than four decades.” said NWMC Executive Director Mark Fowler.

Mayor Tisdahl is leading a delegation of over 60 Evanston community leaders to Springfield on Wednesday to share the concerns of Evanston residents with the Governor, members of the General Assembly and other key state leaders.