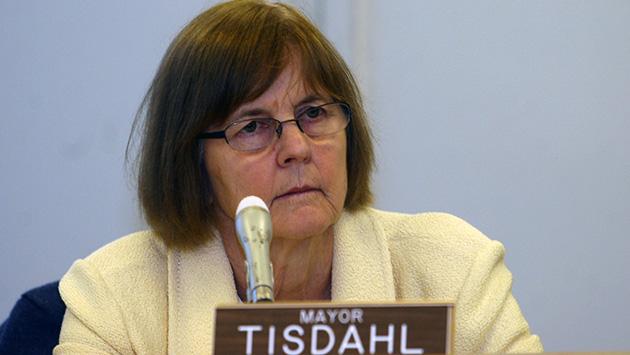 After chastising arboretum activists for failing to consider "diversity and inclusion," Evanston Mayor Elizabeth Tisdahl cast a tie-breaking vote Monday in favor of repaving the Ladd Arboretum path with asphalt.

The mayor spoke after hearing arboretum advocates suggest that children who now end up walking to school down busy McCormick Boulevard adjacent to the arboretum should instead walk on the other side of the canal and that wheel-chair bound residents should do the same.

Tisdahl, who appoints members to the Ladd Arboretum Committee, said she was "very sorry to have heard" what she'd heard over the past few months on the path issue.

Arboretum activists have argued for rebuilding the path with crushed stone, similar to the existing path, even though city staff said that surface can't be successfully plowed during the winter and tends to flood during warmer months — making it unusable for many people much of the year.

With Alderman Coleen Burrus, 9th Ward, absent from the meeting, the aldermen split 4-4 on the path project. 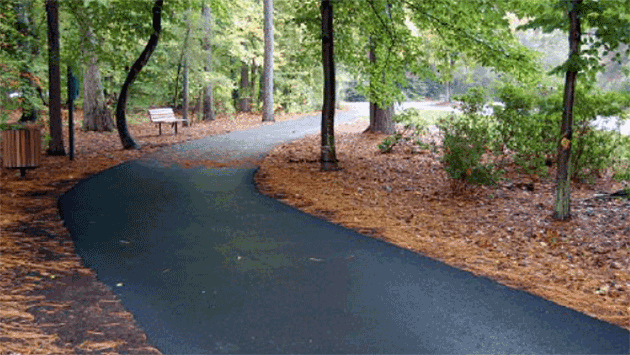 An example, from a staff memo, of what an asphalt path through the arboretum might look like.

None seemed eager to follow the compromise recommended by staff — of using a porous concrete surface, which would in some ways resemble the crushed granite favored by the activists but could be plowed and would be less prone to flooding..

With federal funding available for up to $580,000 of the project cost, the crushed granite or porous concrete options would both have roughly quadrupled the cost to local taxpayers of the path, compared to an asphalt surface.

Instead, Alderman Don Wilson, 4th Ward, suggested dropping the project completely, saying that although he voted for the path project a year ago he was now convinced that preserving the arboretum environment "is more significant than creating a transportation corridor."

He was joined in voting no by Aldermen Fiske, Rainey and Tendam.

But Alderman Delores Holmes, 5th Ward, said it was irresponsible not to do anything to upgrade the half-century old path and that she felt strongly that anything paid for with tax dollars should be accessible to everyone.

"There were 11 speakers at the last meeting. We have very vocal people who speak out," Holmes said, "But there's a ton of other people out there who may never show up to speak" — including the kids who walk in the middle of McCormick and the wheelchair users at Over the Rainbow.

Holmes said she wanted to speak on their behalf.

She was joined in voting to approve the asphalt path plan by Aldermen Braithwaite, Grover and Wynne.