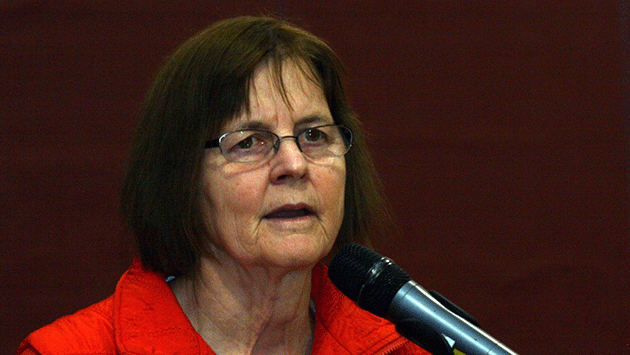 Evanston Mayor Elizabeth Tisdahal is joining mayors from more than 20 other U.S. cities at a climate action summit being held in the Chinese capital of Beijing Tuesday and Wednesday.

They'll be met by leaders from more than 40 Chinese cities at the U.S.-China Climate-Smart/Low-Carbon Cities Summit.

The session, jointly organized by the two countries, is billed as an opportunity for local government, private sector and civil society leaders to share experiences in building low-carbon, climate-resilient communities.

It aims to promote the implementation of the U.S.-China Joint Announcement on Climate Change made by President Obama and President Xi in 2014, as well as the Paris agreement made in 2015. 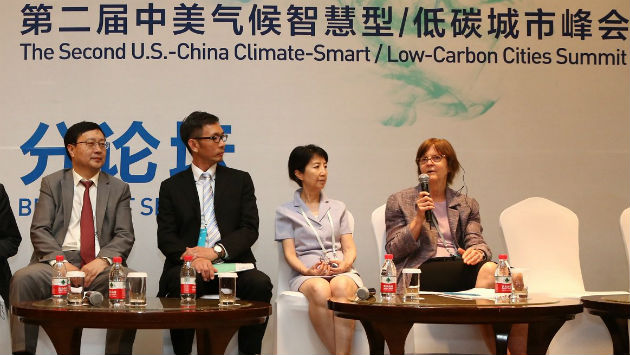 Update 6/8/16: An image posted to the mayor's Twitter feed of her speaking at the Beijing conference.

The summit will feature over a dozen sessions led by leading non-governmental organizations, research institutes and government agencies, a low-carbon exhibition, as well as major announcements in areas such as transportation, access to financing, and city-level partnerships.

Mayor Tisdahl is attending the conference at the invitation of The White House Office of Intergovernmental Affairs and costs for her attendance are being covered by Bloomberg Philanthropies.

The mayor says Evanston is on pace to achieve the goals laid out in the 2014 Evanston Livability Plan, which pledged to reduce emissions by 20 percent relative to 2005 baseline levels