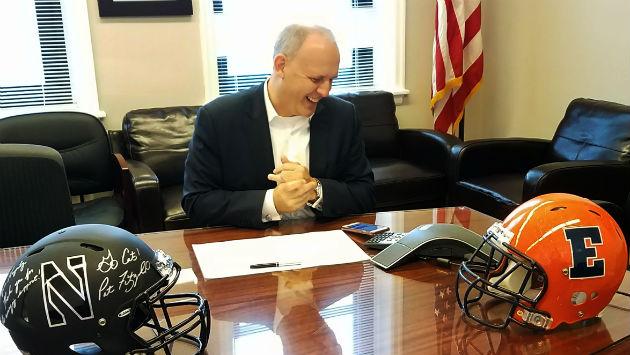 Mayor Hagerty agreed to send a bottle of Evanston’s FEW Spirits Bourbon Whiskey to Lexington if the Kentucky Wildcats win, while Mayor Gray will provide a bottle of Lexington’s Town Branch Bourbon if the Northwestern Wildcats come out on top.

.”As much as I’d like to show Mayor Gray that one of the world’s best bourbons is distilled outside Kentucky,” said Evanston’s mayor, “it will be a pleasure to toast Northwestern football with some of the Bluegrass State’s finest after the ‘Cats crush UK.”

The 2017 Music City Bowl will kick off on Friday at 3:30 p.m. Evanston time and will be televised on ESPN.