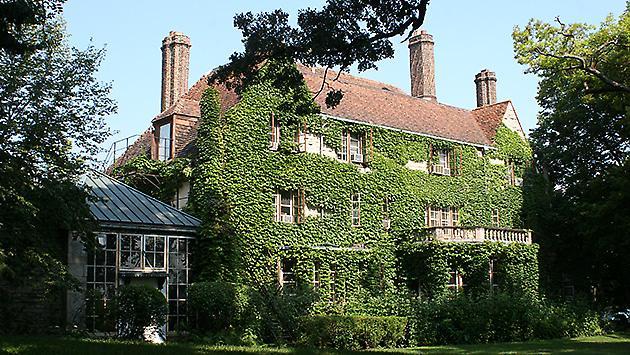 The mayor told residents at a town hall meeting at the Levy Center Wednesday night that one of the two idea would keep the mansion "in the public domain."

The Human Services Committee meeting packet has not yet been posted online and no further details of the proposals were immediately available.

Aldermen have been trying for years to decide what to do with the mansion, which has substantial deferred maintenance issues from its decades-long $1-a-year lease to the Evanston Art Center.

Art Center officials in July said they wanted to move out of the manson, but reversed course last month and said they want to stay after failing to find new quarters elsewhere they could afford.

That left open the question of whether the center is willing to pay rent sufficient to cover maintenance costs at the mansion — or rent similar to what other arts groups pay at the city's Noyes Cultural Arts Center.

In response to a city request for proposals for new uses for the property, Col. Jennifer Pritzker presented a plan to fully renovate the mansion and expand it into a boutique hotel. But aldermen, responding to complaints from neighbors, rejected that proposal before even fully discussing it.

When city staff then presented a list of immediate repairs the property needed, aldermen indicated they didn't want to spend the money — at least until a plan for the future of the property had been agreed upon.

Last weekend, on a tour of city facilities, the aldermen learned that the mansion is only one of many city recreation facilities that are expected to need millions in fix-up expenditures over the next few years.