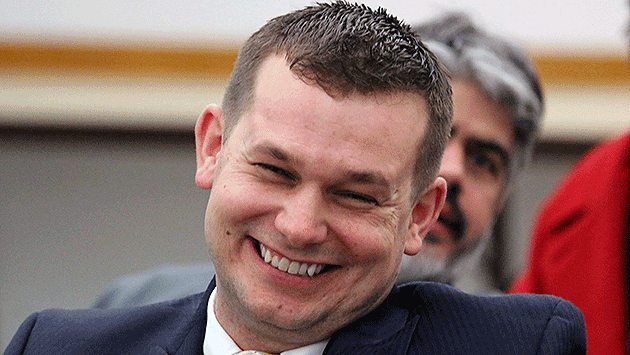 Under state law, Miller's appointment requires confirmation by the City Council, but that's expected to be a formality. He will replace Coleen Burrus, who resigned after accepting a job at Princeton University, and will be eligible to run for a full term in the next City Council election in 2017.

The Chicago Tribune reports that Tisdahl informed the other candidates for the job of her decision Thursday afternoon.

Miller, an attorney, is also president of the Democratic Party of Evanston and lives at 643 Custer Ave.

Others who sought the job include Kristin Brown, a department manager at Rotary International and member of the McGaw YMCA board; Schona Buranda, program director of outreach and partnerships for the Good News Partners affordable housing organization in Rogers Park, Dan Coyne, a Ridgeville Park District board member and school social worker; Shawn Jones, an attorney and reporter for the Evanston RoundTable, and Mary McAuley, co-owner of Renaissance Realty in Evanston.

Update 12:05 p.m.: Tisdahl this noon said Miller will be sworn in at a special City Council meeting on Monday at 6 p.m., ahead of the council's regularly scheduled Rules Committee meeting.

Tisdahl said Miller "is a dedicated member of the Evanston community, and will be an enthusiastic and responsive alderman for 9th Ward residents.”