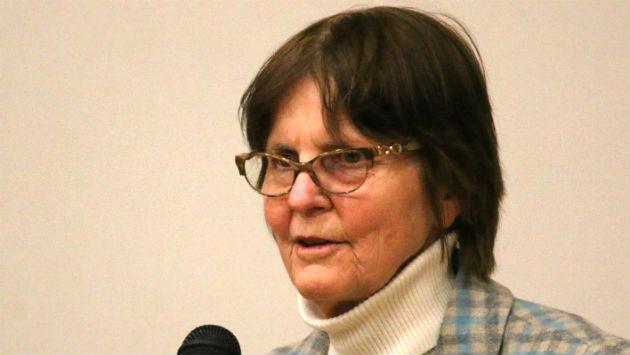 Evanston Mayor Elizabeth Tisdahl Monday night reaffirmed the city's policy of being welcoming to immigrants, citing a resolution the City Council passed amid heated debate over eight years ago.

The gesture came after Sunday's declaration by President-elect Donald Trump that he plans to deport as many as three million illegal immigrants, placing a priority on removing those with criminal records. And it followed by hours a pledge by Chicago Mayor Rahm Emanuel that his city would always be a sanctuary city.

Trump, in his first 100 days plan, has pledged to cut off all federal funding for sanctuary cities.

But given that immigration law enforcement is a federal responsibility, state and local governments currently can decide on their own the extent to which they will collaborate with federal immigration enforcement efforts.

Evanston's resolution, adopted in the early hours of March 11, 2008, after one of the longest council meetings in history, says the city "has never conditioned the provision of city benefits, opportunities, or services on matters related to citizenship or immigrant status" and "reaffirms its practice and commitment to the continued treatment of immigrants and their families on a humane and just basis."

A flash point in the immigration debate has been a decision by some cities to not hold onto criminal suspects when federal agents make a detainer request — asking that they kept in custody for up to an additional 48 hours until immigration agents can arrive to pick them up.

A Texas Tribune report indicated that's happened more than 18,000 times around the country over the past two years.

He added that typically a person arrested in Evanston would likely have been transferred to the county jail before a detainer request would be issued.

Cook County in 2011 passed an ordinance directing jail officials to release inmates regardless of detainer requests.

"We respect and live up to the Fourth Amendment, which means you can’t be held against your will without a warrant from the court signed by a  judge. So yeah, we will continue to be a Fourth Amendment city abiding by the Constitution," Kenney said.

But that language, proposed by Alderman Edmund Moran, 6th Ward, was stripped from the version finally adopted as were provisions that would have more formally codified the city's immigrant-friendly practices.

Those supporting the changes said they feared adoption of Moran's version of the resolution would risk making Evanston the target of increased enforcement efforts by federal immigration agents.

"Were the stations on the underground railroad marked?" Alderman Lionel Jean-Baptiste, 2nd Ward, asked. "You want a big flag, a target on the City of Evanston. I suggest this would bring attention to ourselves where we do not need the attention."

Jean-Baptiste said the focus of the resolution should be a call for reforming federal immigration policy instead.