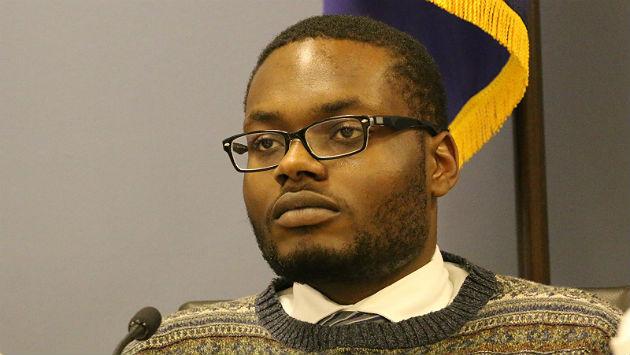 The resolution prepared for action at the meeting says Reid has violated the city’s Healthy Work Environment policy by having “inappropriate workplace conversations with city employees, threatening, harassing and retaliating against multiple city employees for, among other items, engaging in protected activity.”

It also claims he “has failed to adhere to his duty to the city with respect to creating and maintaining closed session recordings and minutes of the City Council.”

In a memo to aldermen, Hagerty says multiple employees filed complaints with the Human Resources Division against the clerk and that outside legal counsel retained by the city to conduct an investigation issued findings sustaining those complaints.

Hagerty says that because of privacy rights of city employees under the Illinois Personnel Records Review Act he can’t disclose the specific complaints and findings, but says he has shared them with Reid.

The mayor says the clerk violated Open Meetings Act provisions that prohibit removing verbatim records of closed session meetings from the city’s main office or official storage location and requiring that they be kept confidential.

Hagerty says Reid failed to keep the recordings secure, made them on multiple devices and improperly shared information from closed sessions.

He noted that censure is the sole means for the City Council to address what he described as the unprofessional behavior of someone who, like Reid, is an elected official.

Reid did not immediately respond to phone calls from Evanston Now seeking comment on the mayor’s charges. An employee in his office said that he was on the road, traveling to Springfield.