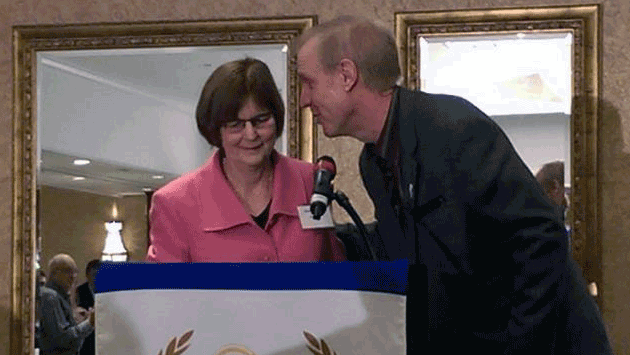 On the eve of a bus trip to Springfield to lobby state lawmakers, Mayor Elizabeth Tisdahl said Monday night she sees no chance a plan to put state offices in Evanston's lakefront Harley Clarke mansion will be revived.

The mayor said that after two previous meetings she's had with Gov. Bruce Rauner, it's clear that he's focused on solving the state's financial crisis and that there's no possibility he'd agree to spend millions of dollars to put the Coastal Management Program of the Illinois Department of Natural Resources into the mansion.

The mayor spoke after a few opponents of selling the mansion, speaking during the public comment period at Monday's City Council meeting, urged city officials to try to revive the IDNR proposal, which was withdrawn late last year after former Gov. Pat Quinn lost his re-election bid.

City officials are expected to focus instead, during their Springfield trip today, on trying to persuade lawmakers not to go along with Rauner's plan to cut by half the share of state income tax revenue that is distributed to municipalities — a change that would punch a $3.75 million annual hole in the city's budget.

The city committee trying to come up with recommendations for a new use for the mansion holds its next meeting Wednesday night.