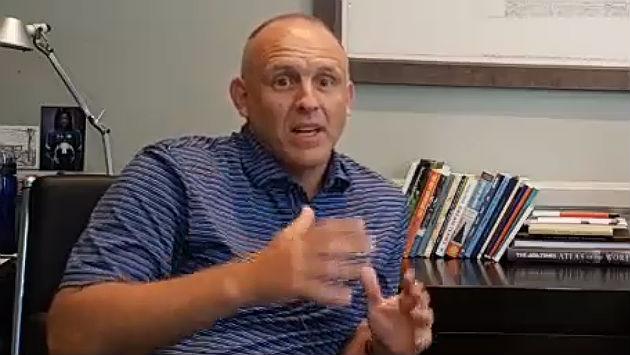 With temperatures soaring to 95 degrees today, Evanston Mayor Steve Hagerty had some disappointing news for kids.

In a live interview on his Facebook page, the mayor said he’d love to see the city have a public pool.

“But I don’t think that anywhere in the near future do I see a public pool on the horizon, given the city’s financial commitments and current financial condition,” he added.

He said the city does operate five beaches, and there’s a sixth managed by Northwestern University. And, he said, teens can get free beach punch-card passes at city libraries and recreation centers.

There are also indoor pools available to the public at non-profit organizations in Evanston — the YMCA and YWCA.

Hagerty also responded to questions on a range of other topics submitted by city residents which were posed to the mayor by reporter Bob Seidenberg during the hour-long interview.