Evanston Mayor Elizabeth Tisdahl talked up the city's economic development efforts in her annual state of the city address this afternoon.

After sitting next to Northwestern University President Morton Schapiro at the Hilton Orrington, Tisdahl said she expects that Evanston will become the home to all the new spinout companies created as a result of research work at the university.

And she said that, though she still gets asked about how relations are with the university, she hopes relations will soon have been so good for so long that nobody will bother to ask about it any more.

She noted that NU donated $253,000 to the city last year to pay for a new fire engine, and that construction projects on campus this year are expected to generate more than $2 million in building permit fee revenue for the city. 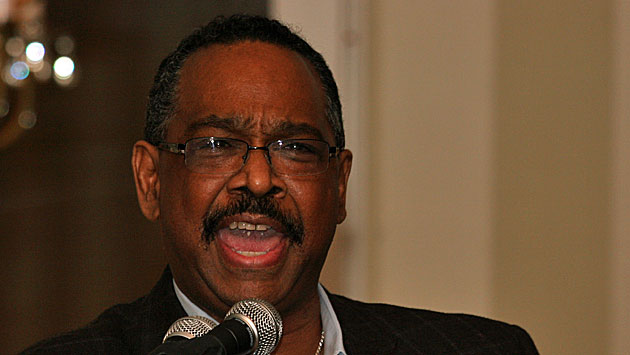 The mayor, who was introduced by local business owner Hecky Powell, who received the leadership award from the Arts and Business Committee of the city's Arts Council at the luncheon, said the city has dramatically increased its economic development staff — from one part-time employee to six workers assigned full time to the mission.

And she listed a variety of businesses that either already have opened in town or have announced plans to come here or expand here — from a new Trader Joe's store to the new, and expanding, Few Spirits distillery.

And from the new CoLab Evanston shared workspace for entrepreneurs to the nearly century-old IRMCO, which produces lubricants for the auto industry and now is working with the city to expand its capacity and increase its employment levels by a third.

The mayor also said the city is working hard on efforts to better prepare young people for available jobs in the community.

And she talked up the city's efforts to respond to the housing crisis and create more affordable housing.

She said residents on Grey Avenue told her two years ago that when homes are foreclosed, "people move out and crime moves in."

Now, she said, the first family to buy a home under the city's $18 million Neighborhood Stabilization Program federal grant has moved onto Grey Avenue and neighbors have organized a block club to help strengthen the area. 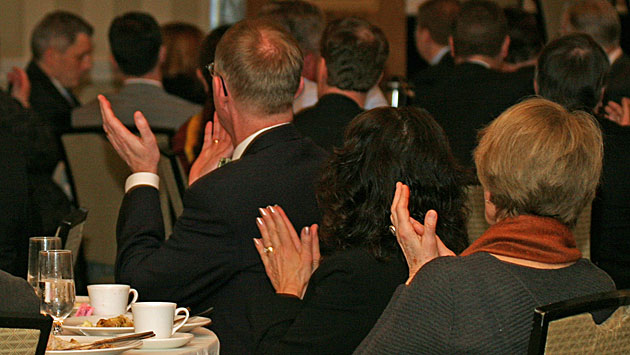 About 200 people attended the luncheon meeting organized by the Evanston Chamber of Commerce.

Full text of the mayor's state of the city speech