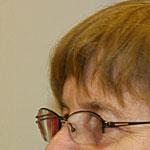 Evanston aldermen later this month are expected to discuss a proposal from Mayor Elizabeth Tisdahl to have police issue traffic-ticket like citations to persons caught with small quantities of marijuana.

Evanston aldermen later this month are expected to discuss a proposal from Mayor Elizabeth Tisdahl to have police issue traffic-ticket like citations to persons caught with small quantities of marijuana.

Those found with less than 10 grams of pot — about one-third of an ounce — now are charged with a misdemeanor that, upon conviction, leads to a permanent criminal record and can result in a penalties of up to $1,500 and six months in jail.

Tisdahl says such a record "follows the person for the rest of their lives and makes it hard for them to get a job."

She says the issue primarily affects young African-American males, who already face an especially hard time in the labor force.

"So if we're trying to reduce crime and help people get jobs, it will help to have them not getting a criminal record for a minor drug law violation," the mayor said in an interview with Evanston Now.

She said the Mayor's Youth Advisory Committee she apppointed has concluded such a change in the law would be a great improvement.

She said the new law in Evanston would bring the city in line with another college town, Ann Arbor, where possession of small quantities of pot has been penalized with a ticket and a fine, now $25, for the past four decades.

Evanston's city code already provides police the option of issuing tickets for possession of small quantities of marijuana, but, except in the case of minors, current police practice is to charge the offenses under the more severe state law.

Police Chief Richard Eddington said he didn't have statistics immediately available on the number of marijuana arrests by ethnic group.

But he said it's clear that the chances of someone being arrested for drug use are tied to economic status. Young people in less well-off neighborhoods are more likely to hang out on street corners where they are visible to police, while people in more affluent neighborhoods live more of their lives behind closed doors where police are very unlikely to learn what they're doing.

"If you understand how policing works," Eddington said, "if you are engaging in activities publicly — in the street or alley — versus doing it in your living room, your chances are much higher of coming into contact with officers."

And, the chief said, the police have to respond to complaints from neighbors about people hanging out on street corners and creating a disturbance or possibly selling drugs.

The proposed ordinance, being drafted by Corporation Counsel Grant Farrar, is expected to be on the City Council agenda for its Oct. 24 meeting.