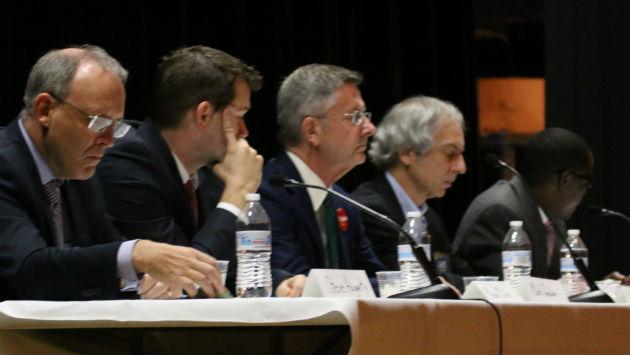 Asked about police-community relations, Evanston’s five mayoral candidates Thursday night offered a range of perspectives on where things stand and what needs to be done.

Steve Hagerty said Oct. 10, 2015, when Lawrence Crosby was charged with disobeying police after he was stopped on suspicion of having stolen a car that turned out to be his, “was not one of our finest days.”

But he said he believed the city had learned from that situation, and when last November when Devon Reid was arrested while circulating petitions to run for city clerk, the city “apologized 24-hours later” dropped the charges and suspended two of the officers involved.

“We need to hold folks accountable when mistakes are made,” Hagerty said, “and we do need to double-down on training” on how to descalate confrontations. 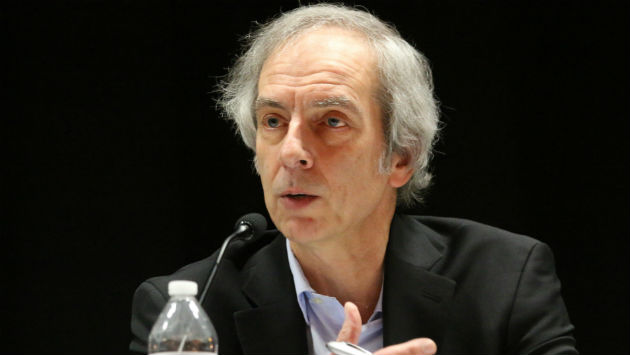 “If you compare Evanston to other departments,” Smith said, “We’re definitely one of the better departments.”

“And we shouldn’t make policy based on what’s an outlier situation,” he added.

But Alderman Brian Miller said he’s been focused on the issue since being appointed to the City Council. He said police have been disproportionately charging young black men for possession of small amounts of marijuana and charging people riding bikes without lights with resisting arrest. 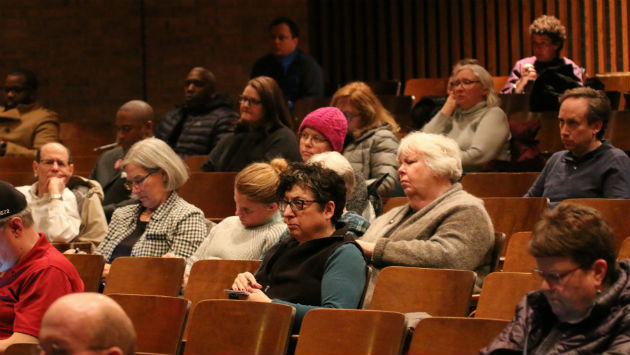 Some of the roughly 100 people who turned out for the OPAL-sponsored forum at Chute School.

Miller said he pushed for release of the Crosby video after seeing parallels between that and the Reid case. Miller also has called for creation of an independent civilian review panel to investigate the police.

Alderman Mark Tendam said City Council members, after privately seeing the Crosby video, were pushing for reforms in police procedures and said he didn’t feel it was appropriate for him to comment on it publicly while Crosby’s suit against the city was pending. 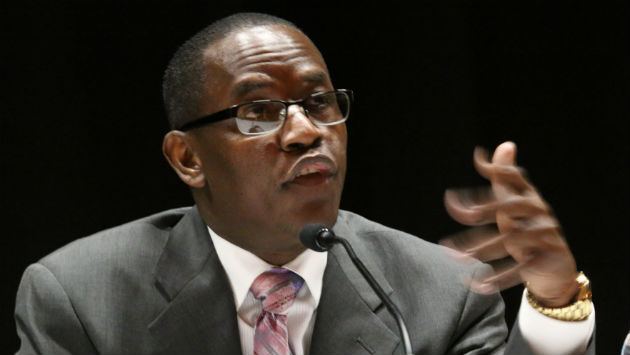 The police, he said, see the men as a threat to society or themselves, while the youths see police as exterminators seeking to wipe out the black community.

“We have to try to change that,” Gaspard said, “Not by law but by the way we interact with each other.”

There’ll be more discussion of police-community relations at an open house sponsored by the police department at 7 p.m. Monday at the Levy Center.