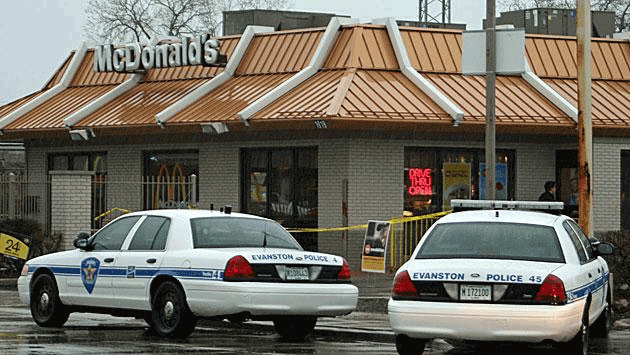 The teenager convicted of attempted first-degree murder in a shooting three years ago at the Dempster-Dodge McDonald's in Evanston has been sentenced to 33 years in prison.

Anthony Marc Conorquie, 19, of 1718 Dodge Ave., was charged three days after the Friday afternoon shooting at the restaurant.

The Chicago Tribune reports that Circuit Judge Garritt Howard issued the sentence on May 8 after a bench trial at the Skokie courthouse.

Under current sentencing guidelines he'll have to serve at least 85 percent of the sentence.

The 16-year-old shooting victim has reportedly recovered from his injuries.