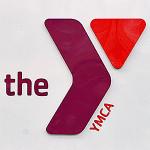 The McGaw YMCA in Evanston today announced the hiring of two new vice presidents to head the organization's philanthropy and marketing efforts.

Scott Lorenz will head the philanthropy and leadership gifts program and will concentrate on major and planned giving as well as developing relationships with individuals, foundations and government entities.

“McGaw YMCA has long been a leader in the education and development of children and youth in the Evanston community,” said McGaw YMCA President and CEO Mark A. Dennis, Jr. “With their vast expertise, Scott and Deborah will heighten the community’s awareness of our programs and services and stimulate even more support for our crucial work.” 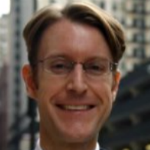 Lorenz brings 25 years of experience in the not-for-profit, private, and public sectors. Most recently he served as senior vice president and chief advancement officer for the YMCA of Metro Chicago, where he supervised a fundraising team responsible for raising $6 million annually. Previously, he served in senior leadership roles at Boys and Girls Clubs of Chicago, Chicago Cares and Lutheran School of Theology at Chicago.

He spent the first 11 years of his professional career with JIS Options Corporation, a local trading company, trading primarily in equities and related derivatives. There he regularly generated and identified profitable trading strategies, and frequently interacted with high net-worth individuals.

His professional network includes some of Chicago’s most prominent business leaders and philanthropists, and his role with McGaw YMCA, Dennis said, will be to focus on establishing and building long term relationships as they relate to building a culture of philanthropy. 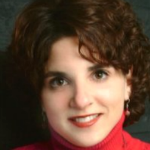 Deborah Bloom brings 20 years of experience in the nonprofit and association sectors, as well as early career experience as a strategic communications agency account executive. Since 2008, she has been employed at The Hadley School for the Blind, most recently as vice president, development and communication where she managed a combined team of communications and development professionals.

Before joining Hadley School, Bloom held leadership positions at American Heart Association and American Library Association, where she managed the execution of a new brand through national partnerships. Her’s focus will be on McGaw YMCA’s communications strategy and implementation priorities particularly as they relate to building membership and donor engagement in the work of the Y.