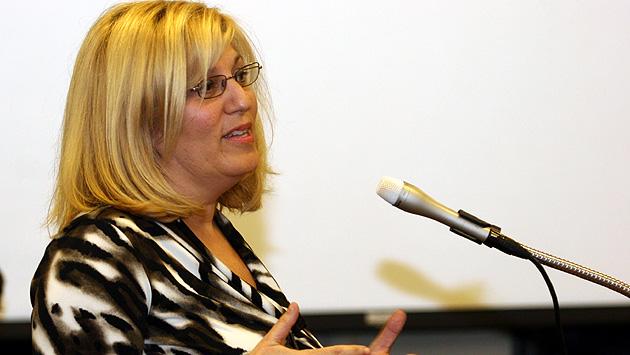 The city's 10-year agreement with Evanston Community Television expires next month and details of a new agreement are still being worked out.

Schuster, a chiropracter who has produced public access programs at ECTV for several years, says the group's new board and staff members are working to improve the programming and operation of the station.

The city has gradually scaled back funding for ECTV from about $400,000 three years ago to $50,000 proposed in next year's city budget.

City Manager Wally Bobkiewicz says the city has managed to save ECTV nearly $100,000 a year in rental costs by letting it relocate operations to the city's service center.

He said the existing agreement is pretty vague — essentially saying the non-profit group would take whatever money the city agreed to provide and provide whatever services the city requested.

He also said that he wanted as part of the new agreement to shift a separate pool of equipment funds from the cable operator that has been allocated entirely to ECTV so that it is split among ECTV, the city and the two school districts.

He said he hopes to use about $40,000 of that money to upgrade the aging video equipment in the City Council chambers.

Asked by Alderman Coleen Burrus, 9th Ward, whether ECTV is making progress toward becoming at least partially self-sustaining through its own fundraising efforts, Bobkiewicz said he understands the group is still "in the early stages" of doing that.