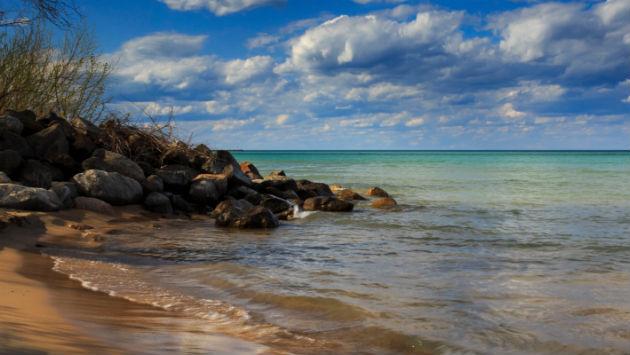 Evanston’s new Climate Action and Resilience Plan would pledge the city to spend up to $80 million on street lighting upgrades by 2025.

The 43-page plan, scheduled to be reviewed tonight by the City Council’s Human Services Committee, calls for compelling dozens of actions by the city, local businesses and residents to make the city carbon neutral by 2050.

It contains no estimates of the cost of achieving any of its goals, while claiming that “sustainable actions and solutions are not inherently costlier than unsustainable ones.”

But Evanston Now has been able to find a price tag for one of those goals.

The climate plan says the city should “install LED lighting for all lighting on city properties, street lights and traffic lights by 2025.”

A city consultant’s study released this fall estimates the cost of converting just the city’s street lights to an all-LED system at up to $80 million.

It projects energy cost savings from new LED luminaires installed in its traditional Tallmadge fixtures of just over $67,000 a year.

The $80 million price tag would include some additional fixtures and other improvements to provide more desirable levels of lighting on city streets, but it would take more than 1,000 years to earn back the cost of the project based on the projected energy savings alone.

That price tag is more than the city spends in a year on its entire general fund operating budget.

The new Climate Action and Resilience Plan was developed over a two-year period by a 17-member committee appointed by Mayor Steve Hagerty, who says in an introduction to the report that “Evanston is united in its efforts to mitigate the far-reaching effects of climate change through bold action.”