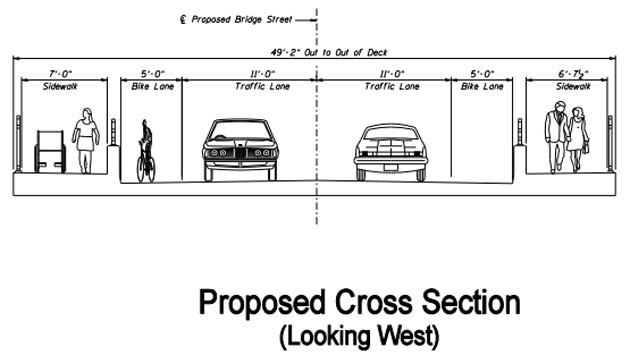 Evanston city officials will discuss plans to widen the bridge across the North Shore Channel at Bridge Street at a meeting Wednesday evening.

The plan would rehabilitate the bridge, which is now considered structurally deficient, and widen it from 40 to 49 feet, to create new bike lanes and wider sidewalks that will better accommodate wheel chairs.

The meeting will be held at 7 p.m. Wednesday in the Parasol Room at the Civic Center.

The project also includes improving the street on either side of the bridge itself with improved bike path connections and a new entrance to the Ladd Arboretum parking lot.

Money for the project was included in a state capital spending plan approved two years ago.