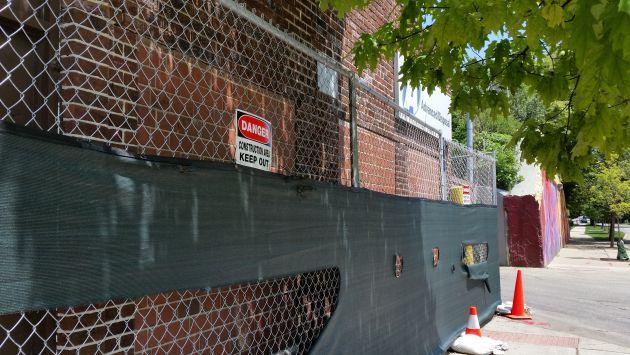 Planned changes to the Advanced Disposal transfer station at 1711 Church St. in Evanston will be presented at a community meeting Tuesday at the Gibbs-Morrison Cultural Center, 1823 Church St.

In February last year Evanston aldermen voted to settle litigation the city had begun against the transfer station in 2010.

The transfer station, which operates under a state permit issuedin 1984, has been the subject of odor and rodent complaints from neighbors for years, although some neighbors say conditions have improved recently.

As part of the settlement the city agreed to approve improvements to the station proposed by the company. 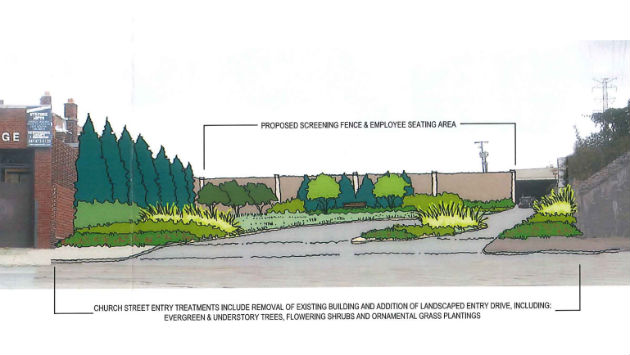 A 2016 rendering of proposed landscaping improvements at the transfer station.

Construction of the project is scheduled to begin by Monday, Aug. 1, and will include closing a portion of the sidewalk along the north side of the Church Street for a least a month.

Improvements will include demolishing an abandoned brick building, widening the current entrance, installing a 12-foot sound and visual barrier wall and adding landscaping to the site.