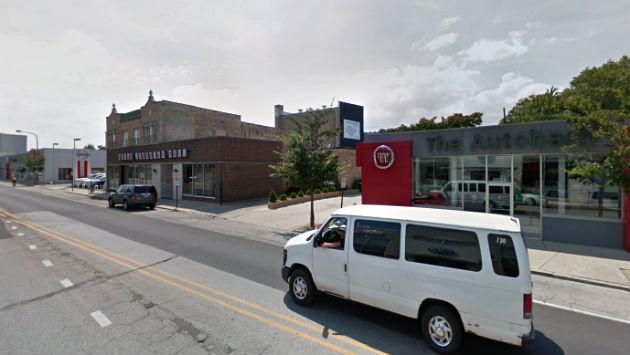 Two meetings have been scheduled to consider the potential redevelopment of a block-long stretch on the west side of Chicago Avenue between Greenleaf and Lee streets.

The block includes three parcels. Two are owned by the Autobarn car dealership. They are separated by a parcel owned by Oscar Isberian Rugs.

The property owners and Alderman Melissa Wynne, 3rd Ward, are seeking community input on the potential redevelopment of the properties, which abudt the CTA rail embankment.

At the Design and Project Review Committee meeting at 2:30 p.m. on Wednesday, March 13, in Room 2404 of the Civic Center, city staff will review various site constraints and there will be an opportunity for public comment.

“All too often, the path for developers in Evanston is to present a project for community, staff and elected officials to react to,” Ald. Wynne said in a statement. “We are then in the position of figuring out how we will adapt and live with a new development. I would like to flip the process and provide feedback before there is even a development to respond to. The development community should understand how any project should fit into the community and Chicago Avenue prior to preparing plans and a development program.”

Both companies are trying to determine how their businesses might be incorporated into a potential new project.

“It is a change-or-die situation, and we need to improve the customer experience on Chicago Avenue and merchandising within the store,” said rug store owner Oscar Tatosian. “We want to continue the tradition established by my grandfather for future generations of our family businesses.”

Autobarn owner Richard Fisher says his firm will remain on Chicago Avenue, but with the expansion of its Tech Center behind Target on Howard Street, a reconfiguration of the Chicago Avenue footprint is possible.

“The Autobarn has called Chicago Avenue home since 1992, and we look forward to calling it home for many decades to come. I appreciate that I am in a position to help engage Evanston in a conversation on the future of the street,” Fisher added.

Combined, the properties have about 620 feet of Chicago Avenue frontage. Their depth varies, but averages about 110 feet.