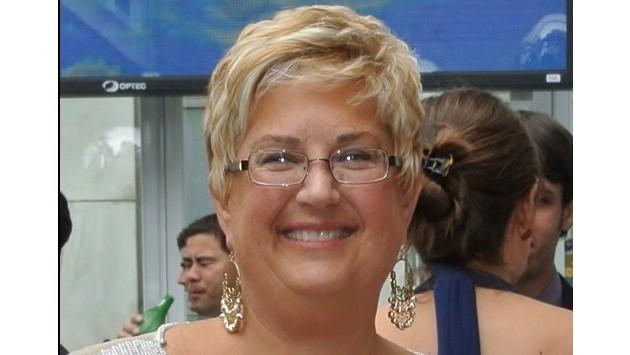 A memorial service is planned for Dec. 7 for Ann Christian Carra, a leader at Lake Street Church and employee at the Evanston Township High School Athletic Department.

A member of the church since her birth in 1951, Carra served as the church’s Moderator, or chair of the Board, for two separate terms.

In 1984, the church and Rev. Robert V. Thompson started Evanston’s first shelter for the homeless. At the time, the Evanston City Council would not approve the shelter, or even acknowledge the existence of homelessness in Evanston.

So, the church decided to conduct all-night prayer vigils in the basement, to which homeless folks were invited. Carra served as the initial volunteer to staff the shelter on the night it opened.

According to Rev. Thompson, “Ann was at the heart of our efforts to start the shelter.” Now known as Hilda’s Place, the shelter has been open ever since that first night, and is operated by Connections for the Homeless.

There she met Richard Carra, whom she married in 1973, after her senior year. The two moved to Richard’s hometown of Pittsburgh, Pennsylvania.

Ann, who had been an on-air host of a live show on the campus radio station at Denison, landed a job in the newsroom at the ABC network affiliate in Pittsburgh as the assistant producer of “AM Pittsburgh,” a live, 90-minute morning news and entertainment show.

A talented writer and editor, Carra eventually became the head producer. The show was so popular that for two years the local station declined to pick up ABC network‘s new morning show, “Good Morning America,” despite intense pressure from the network’s officials in New York.

When the network finally prevailed, Carra wrote movie reviews for the station, and produced a documentary series following a couple struggling through marital problems, which was a precursor to the reality TV genre.

Though she loved producing TV, Carra made the decision to move back to Evanston in 1978, where she began producing a family with Richard. Sons Andy and Chuck, and daughter Hannah, came along in succession, and Carra took an active role in the PTA at Lincolnwood Elementary School, eventually serving as PTA President.

Carra also was a leader in helping to gain public support for a tax increase to fund improvements in the District 65 elementary schools. The initiative was passed by Evanston voters.

While raising her young children, Carra worked part-time at Janet Diederichs and Associates, a PR firm in the Loop. There she helped plan and coordinate the Pope Paul’s momentous visit to Chicago. She also worked for The Family Resource Coalition, a national organization of family resource programs and clearing house of best practices for family-friendly public policy initiatives. She also served as a communications consultant for the Evanston shelter for battered women.

When Carra decided to resume full-time work, she began working at Lincolnwood Elementary School, first as health clerk, and then as the school secretary. After eight years there, she left the grade school to work in the Athletic Department of Evanston Township High School, arranging student registration, transportation, referees and other game officials, and ticket sales for the Athletic Department’s 100 boys and girls teams.

One of her favorite activities was organizing ETHS’s annual Athletic Hall of Fame celebration.

ETHS Athletic Director Chris Livatino said, “Ann was a master event planner, and made things run like clockwork while artfully showcasing ETHS’ athletic prowess. She was a loving, caring friend to coaches and role model to students; the glue that held the Athletic Department together every day. Her radiant smile and can-do attitude will be greatly missed by all.”

From the Athletic Department, Ann received the Ray Aiden Friends of Athletics Award for the non-coach who best served students and coaches with loyalty, selflessness, humility, effort and joy. She also was given the Ernestine Guillebeaux Spirit Award. And, from the ETHS administration, she was named the Those Who Excel Award winner as the school’s employee of the year.

Carra was committed to her community. A member of the inaugural class of Leadership Evanston, she went on to serve several terms on the Evanston Recreation Board including one term as president. She also served on the board of the Evanston Youth Baseball and Softball Association, Evanston’s little league.

Carra loved reading, and she loved beaches. She was especially fond of reading on beaches. In 1981, she joined a book group lead by Karen Thomson, founder of Literature For All of Us. The members of that book group were wonderful friends to each other, and thirty-eight years later, the group is still going strong.

Carra loved the Chicago Cubs and Chicago Bears. She was a member of the bleacher brigade when the Cubs made their run in 1969, went to the Bears’ Super Bowl victory in 1986, and reveled in the Cubs 2016 World Series championship.

She is survived by her husband, Richard Carra, her three children, Andy, Chuck and Hannah, her grandson Christopher, her daughter-in-law, Jessyca Latimer and her brother, Richard C. Christian, Jr.

The Dec. 7 memorial service will be held at 11 a.m. at Lake Street Church, 607 Lake St. in Evanston, with a reception to follow in the church parlor. In lieu of flowers, donations may be made to Lake Street Church.