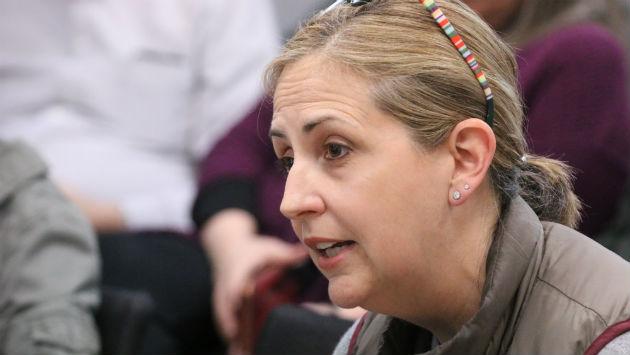 A group of merchants, most from the Main Dempster Mile shopping district, decried what one called “predatory enforcement” of new parking rules at an Evanston Transportation and Parking Committee meeting Wednesday evening.

Julie Matthei, co-owner of Hewn Bread on Dempster Street, claimed parking enforcement officers “are staking out our neighborhoods, customers and employees” and that customers from out of town “don’t want to come here anymore” because of the tickets they’re getting.

Parking Division Manager Jill Velan said, “None of my officers are sitting in one spot” stalking people.

But she said the city code says, “If you get out of your car for one minute, or an hour, you’re supposed to pay for parking.”

So, if someone runs into a store without paying to park, “don’t call it stalking if you get a citation for doing that.”

But Velan added that several recent changes have made the PEOs more visible.

“You never used to see parking enforcement” in business districts on Mondays, “because they were towing for street cleaning.”

She said the city this year also added staff to start enforcing meter fees on Sundays and reconfigured the assignments to have seven beats instead of six.

And the PEOs now no longer have to fill in as substitute crossing guards.

“Before, they couldn’t get to every single area every day,” she added.

A group of merchants at the meeting.

Alderman on the committee agreed that the parking regulations need revision and Velan said she’s developing a package of changes to be considered at Monday’s City Council meeting.

Velan said she’s also looking into options to provide employees of businesses special permits that would let them park on nearby streets now restricted to residents and at restructuring the current zone system that limits how often people can park on a given block.