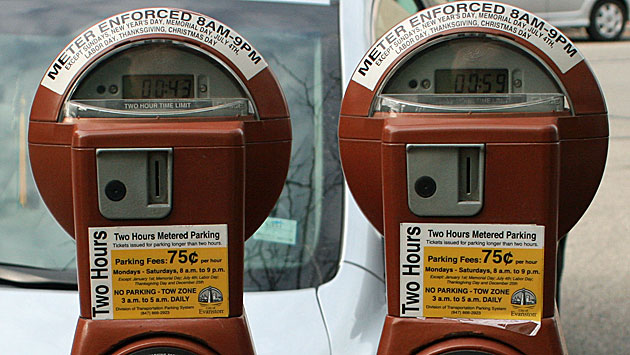 The budget originally forecast just over $12 million in parking revenue. With the increase in meter rates, the $3.2 million gap will be reduced by about $640,000.

Aldermen in recent years have concluded that they need to spend more to maintain the parking garages — lest they suffer the fate of the city's original Sherman Avenue garage — which became structurally unsafe and had to be torn down about a decade ago.

That spending for now is being financed largely by spending down the parking fund's reserves.

Those reserves have been dropping — from $22 million two years ago to a projected level of about $16 million by the end of 2012, even with the extra meter revenue added in.

It's worth noting that fines for parking violations at meters elsewhere, which are projected to bring the city about $3.5 million in revenue next year, are not treated as revenue to the parking fund. And the cost of enforcing parking ordinances, which amount to at least $1.2 million, is not treated as an expense for the parking fund.